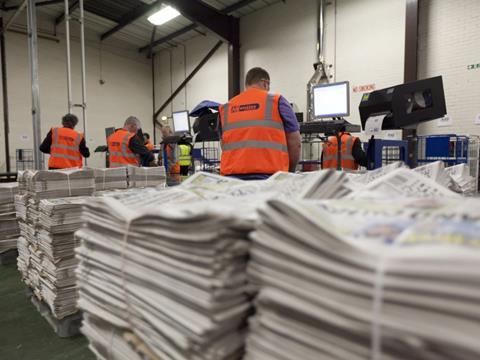 DX Group has agreed a price cut on its initial £60m deal to merge with John Menzies’ newspaper and magazine distribution arm.

The logistics company’s purchase was thrown into doubt earlier this year when its largest shareholder Gatemore Capital Management threatened to block the “ill-conceived transaction”, saying it would add a significant amount of debt.

DX and John Menzies announced this morning that they have now agreed a £40m deal on a “debt-free basis”.

The renegotiated terms would also see John Menzies shareholders own 60% of DX.

The companies said the merger would result in yearly savings of £10m.

In a joint statement, Bob Holt, chairman of DX, and Dermot Smurfit, chairman of John Menzies, said: “We are pleased to have reached this agreement and believe that the revised terms of the proposed transaction represent an attractive opportunity for all stakeholders of both companies.”

The shareholders of both DX and John Menzies still need to approve the merger, but Gatemore said it would vote in favour of the deal.

Gatemore managing partner Liad Meidar said: “We were pleased to have been able to work productively with both the DX and Menzies boards to come to an outcome that significantly improves the terms of this deal for all shareholders. The reduced debt load on the combined company, with a much improved equity split, better reflects the inherent value in DX Group and will provide the company with a much healthier financial footing going forward.

“We continue to believe in the long-term value of DX Group as a standalone business due to its leading position in document exchange, secure delivery and IDW freight. We believe that shareholders will be pleased by the revised terms that have been agreed upon, which is why we have agreed in turn to vote in favour of the transaction.”

DX and John Menzies said they expect the merger to be completed in the summer.