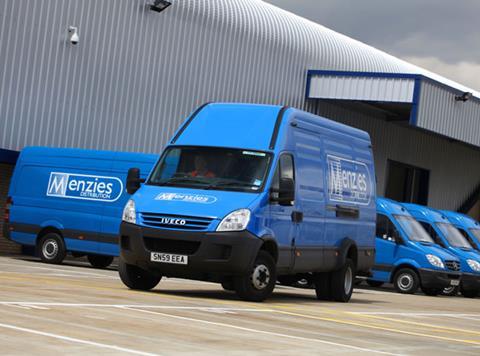 The largest shareholder in DX Group will seek to block a deal to merge with John Menzies’ newspaper and magazine distribution arm if the logistic company does not negotiate a better deal.

Gatemore Capital Management owns 11.3% of DX and says the proposed “ill-conceived transaction” has been negotiated from a “position of weakness”.

At the end of March it was revealed DX was in talks to buy Menzies Distribution in a £60m deal, which in turn would see John Menzies shareholders own at least 75% of DX.

The companies said the merger would result in yearly savings of £8m to £12m.

But in a letter to the logistics company’s board, seen by The Grocer, Gatemore managing partner Liad Meidar slammed the deal saying it ‘adds a significant amount of debt and dilutes shareholders by 80%’.

‘If a substantially better deal does not emerge, we believe the current one will be blocked, at which point shareholders will coalesce around changing the board,’ he wrote.

Meidar criticised the fact shares in DX had been suspended before an agreement had been reached, meaning ‘shareholders are unnecessarily tied down’.

And he blamed the company’s ‘innocuous trading updates’ over the past 18 months followed by ‘dire profit warnings only weeks later’ leading to a ‘complete breakdown in trust’ between shareholders and the board.

‘Unfortunately, the timing and manner of the announcement on 31 March of the potential combination of DX and the distribution business of Menzies has only exacerbated the mistrust,’ added Meidar.

Some 90% of DX’s stock market value has evaporated since it first floated in 2014 on AIM, London’s sub-market for smaller companies.

“The DX board is advancing negotiations with John Menzies, which propose the combination of DX and Menzies Distribution, and remains highly committed to acting in the best interests of all shareholders,” said DX Group chairman Bob Holt.

“We will be making a further announcement in due course about these discussions and, in the meantime, continue to actively welcome constructive engagement with shareholders.”