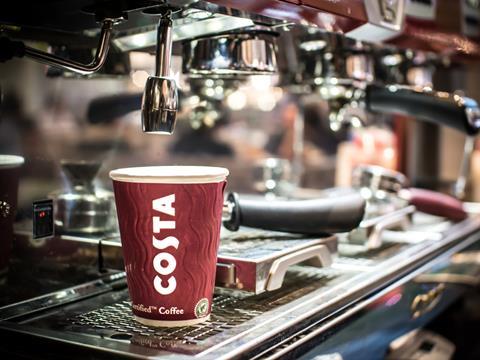 Food and drink M&A remained in rude health in 2018 despite mounting economic uncertainty, but City sources have warned of a marked slowdown of UK dealmaking as Brexit fears have paralysed activity in 2019.

The number of industry deals completed in the UK last year grew to 68, from 66 in 2017, according to new data from advisory firm Alantra, while the number of global transactions also surged.

Figures from Zenith Global showed the number of acquisitions across the industry globally rose to 777 in 2018 from 729 in the previous year.

While the 2018 figures defy concerns over global consumer markets and specifically economic prospects in the UK post-Brexit, worries over the UK leaving the EU have dampened domestic deal volumes this year.

One advisor told The Grocer he was taking on more clients elsewhere in Europe due to the dearth of activity in the UK.

“The market for M&A for UK food companies has slowed down quite sharply in the last three months or so,” he said.

“People are being far more cautious,” he said. “One of my colleagues called it the schmuck factor. Nobody wants to be the schmuck who buys a food business in the UK now, only to find the profitability severely impaired over the next two or three months.”

Read more: What the Graze deal tells us about Unilever’s D2C strategy

Grant Thornton food and beverage research manager Joanna Penny added: “Investors are however viewing the market with more caution and are being more selective in deciding where to invest their money.

“We have heard a lot of PE investors are concerned about the effects of food retail consolidation on the sector, and lenders are tightening their lending.”

Alantra partner Simon Peacock was more optimistic about M&A. “This year I don’t think things have got worse than normal, but the M&A activity of last year can’t be repeated,” he said. “I think deal volumes will continue to be strong. Price-wise, there have been a couple of high-value deals, but if you are standard business with currency exposure and European export, general economic sentiment says that looks tougher.

The sale of Costa Coffee to Coca-Cola for £3.9bn in August and Nestlé’s acquisition of Starbucks retail brand for $7.1bn were highlighted as two of the year’s key deals, he added.

The number of deals involving private equity acquirers also grew, with 23.6% of the 49 deals recorded in the sector by Grant Thornton involving PE buyers, up from 20.5% in 2017.

“We have heard a lot of PE investors are concerned about the effects of food retail consolidation on the sector, and lenders are tightening their lending to the consumer sector. So looking forward, it could be that PE investment in the sector may be challenged - only time will tell.”

The firm added that food and beverage manufacturing had continued to see some interest from external investors, but that there was “much less appetite” for other areas of the sector, including casual dining.