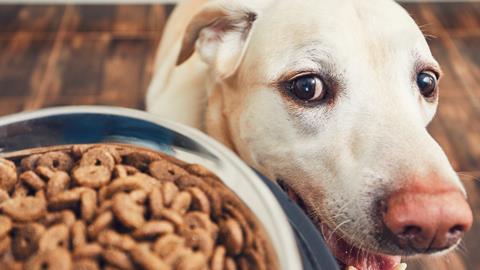 City dealmakers are predicting a flurry of buyouts of fast-growing petfood brands as the market’s challenger brands continue their march to the mainstream.

Consumer M&A specialists suggest at least five petfood and treating specialists are set to come to market in 2020 - generating huge interest among buyout funds and the sector’s established players.

Premium-end suppliers Lily’s Kitchen and Forthglade are both reported to be working with corporate finance house Houlihan Lokey exploring sale options, while MPM Products - maker of Applaws and Encore - is working with Harris Williams, with a sale expected this year.

So what’s driving the rush of sales, and could consolidation be on the cards?

All these petfood suppliers received private equity cash injections between three and five years ago. The natural lifecycle of a PE owner would dictate there will be exits in the relatively near future, particularly as the general election result and relative stability around Brexit is tipped to unblock the wider M&A market.

But the petfood sector also shares characteristics with other hot M&A categories, such as healthy snacking, craft booze, free-from and plant-based goods.

While the pet sector has traditionally been dominated by multinational, high-volume suppliers, the increasing humanisation of pets has left a gap for insurgents focused on wellbeing, nutritional benefits and high-quality ingredients.

The overall pet sector has proved to be one of the more recession-proof categories in fmcg, but it is experiencing a radical underlying shift.

At the top of the market there are some sobering statistics. In a market dominated globally by Nestlé Purina and Mars, four of the top five brands are losing sales year on year. Pedigree, Whiskas and Gourmet shed a whopping £18.6m of sales between them [Nielsen 52 w/e 7 September 2019].

Meanwhile, pet ownership levels have been relatively stable. What growth there has been in the market has been driven by newer and smaller players focused on treating and higher-end offerings.

“The large multinationals have struggled to adapt”

One challenger petfood brand exec notes: “The large multinationals have struggled to adapt and show flexibility as they may be configured with the wrong packaging, the wrong formats or high margin thresholds.”

Petfood is also far less reliant on traditional grocery retail than most fmcg categories. While other categories squabble over supermarket shelf space, the petfood sector benefits from a strong specialist pet retail sector, including Pets at Home and Pets Corner, which are able to stock a much wider range of brands and products.

The sale of goods directly through veterinary practices also opens a further route to market, while the petfood sector is ideally suited to direct to consumer (DTC) possibilities. Predictable ordering patterns and long shelf lives make petfood ideal for bulk buys, and a number of fast-growing companies, such as Butternut Box and Tails.com, are completely DTC.

The big boys have clearly taken notice, evidenced by Nestlé’s 2018 acquisition of a majority stake in Tails.com for a rumoured £100m.

Could these giants hoover more of these on-trend brands to reinvigorate their portfolio with growth assets?

One dealmaker suggests the sector’s many different routes to market mean a roll-up of brands is a real possibility. “A lot of these non-supermarket players want brands and products that aren’t available in the main grocers,” he says. “So you can have a multiple brand strategy.”

However, another suggests the sheer scale of Mars and Nestlé’s presence in the sector - where they boast a 45% share of a £60bn global market - means brands playing in geographic and category niches are unlikely to thrive.

The assets coming up for sale are considerable. IPN’s most recent accounts show sales of £91m, MPM’s £63m, Armitage’s £37m and Lily’s £31m. But their profiles and double-digit growth still make them more suitable for PE buyers.

The next challenge for a number of these brands will be to prove they can scale up their businesses to work outside the UK. MPM already has a strong international focus, while Lily’s has doubled its international business in 2019.

Lily’s Kitchen CEO David Milner declines to comment on “specific market speculation”, but says: “Whether it’s Japan, the Middle East or mainland Europe, people are waking up to the value of feeding their pets proper food made with natural ingredients.”

The City source says: “You could see a generational shift here where these companies shift into the next level of market funds.” He suggests assets held by SME specialists such as Rutland and Piper could interest larger PE players such as Bridgepoint, 3I and Inflextion, who have experience of taking national brands to international markets.

A larger PE buyer could also be ideally positioned to consolidate the premium sector. “Putting these businesses together to create something of scale makes sense,” he says. “Having different brands for different occasions and specialities is always going to be something that appeals to the larger players.”

Notably, most of those brands tipped for sale have an outsourced manufacturing model, meaning there are obvious economies of scale benefits by combining brands and sourcing higher volumes.

However, one senior petfood source argues that the need for consolidation could be overplayed given the continued global domination of the big two. “The global market is £60bn - you still only need to take enough share to scratch the surface of that to build a company of significant scale.”

While there remains plenty of headroom to grow in the UK given the declining sales of the former super-brands, fundamentally petfood is a global product and the same trends driving growth in the sector in the UK are growing across Europe and beyond.

Whether a PE house makes a consolidation play - or the trade giants decide ‘if you can’t beat them, buy them’ - it’s safe to assume UK petfood is going global and 2020’s deals will be the catalyst.