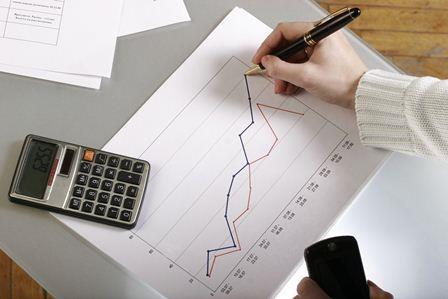 Fierce competition in UK grocery will be the main driving force behind an uptick in food and beverage M&A this year, according to new analysis by Grant Thornton.

The study of the sector’s M&A prospects argues the effect of the price war on suppliers will drive further consolidation in 2015.

Grant Thornton pointed to the extension of payment days by the likes of Diageo, Cadbury owner Mondelez and Greencore as evidence of the way pricing at the big grocers is filtering down the supply chain.

“As 2015 gets underway there is continued evidence that price competition between the big supermarkets is impacting suppliers,” says Trefor Griffith, partner and head of food and beverage at Grant Thornton. “This is filtering down the supply chain with well-publicised demands for ‘supplier support’ from some of the larger food and beverage businesses.

“There have been a number of store closures announced by the big four supermarkets and this, added to the rationalisation of products sold, will continue to squeeze the mid-range suppliers.

“Premium and value brand producers appear for the most part to be better placed to achieve increased market share and as a result will have different challenges to face. We think that this environment is and will continue to drive consolidation and underpin increasing M&A volumes.”

While the overall total of company liquidations in the sector fell in 2014, a recent Red Flag Alert by insolvency specialist Begbies Traynor warned that hundreds of food suppliers could be pushed over edge into financial collapse as the price war between the major supermarkets heats up this year. The statistics showed the UK’s SME food retailers and suppliers have been the worst casualties so far as the supermarket giants slug it out, slashing prices while squeezing suppliers’ margins and elongating payment terms.

Griffith addes: “Strong companies are looking to diversify their portfolios, while those under pressure will benefit from a reduction in their overheads; some will look to M&As to achieve this.

“In order to reduce dependency on the major multiple retailers some businesses are having to diversify and find alternative routes to market such as food service or export. If a business is already on the back foot it may not have the capital to invest – this again can lead to opportunities for M&A and for outside investors to enter.”

Griffith adds that private equity demonstrated a persistent affinity for buy-and-build strategies in 2014, with the likes of Langholm Capital supporting investee companies Bart Ingredients and Purity soft drinks with acquisitions.

The upcoming general election could also swing deal volumes either way, he argues. “The General Election may hamper activity due to market uncertainty and greater scrutiny in to any large transactions. Equally the threat of post-election tax hikes might serve as a catalyst for deals.

“Overall we expect the current trends and drivers in the sector will drive the growth trajectory for M&A deals throughout 2015. A number of large companies have stronger balance sheets than in previous years and M&A can provide a faster means of achieving growth than organic expansion.”