Is the CMA easing up on food and drink mergers? 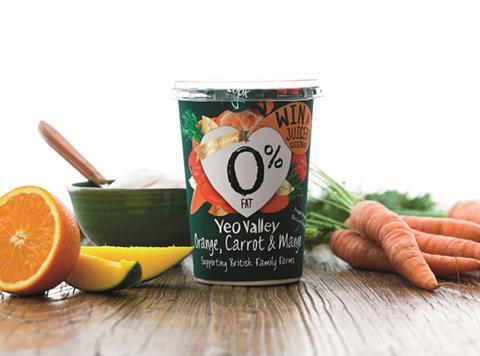 When it comes to Competition & Markets Authority investigations in 2018, Sainsbury’s-Asda grabbed the attention. But food and drink mergers were also in the CMA’s sights. Most years, the CMA looks at three or four food and drink mergers, but in 2018 it investigated more than 10 in the sector – and the its focus on food and drink is likely to continue in 2019. Pepsi’s acquisition of Pipers Crisps, and Lakeland Dairies’ purchase of LacPatrick Dairies, are both due for CMA decisions in the next month or so.

More CMA reviews, however, have not translated into more regulatory intervention. The CMA cleared, unconditionally, all the food and drink mergers it reviewed in 2018 with only one exception. If anything, the CMA may have become more willing to clear food and drink mergers quickly, even when the new business has a very large market share.

In the past 10 years, the CMA has scrutinised about 50 food and drink mergers. During this time, six where the combined business had a market share greater than 50% were cleared unconditionally following an initial (Phase 1) review. Four of these six clearances were in 2018.

Arla’s acquisition of Yeo Valley’s milk business, cleared in July 2018, gave it a market share of 50%-60% in organic milk and 80%-90% in organic butter. Clearance was based on Arla’s focus on own label and Yeo Valley’s focus on branded. Aviagen’s acquisition of Hubbard, which brought together two chicken parent stock producers with large market shares (about 70%-90%) was cleared in February 2018. Aviagen’s focus on conventional stock, with a limited presence in slow-growing stock, and the obverse for Hubbard, meant the companies were not seen as close competitors.

Clearance of both was due to the CMA taking a favourable view on three issues: (i) the ability of much smaller competitors to provide a viable alternative for customers (primarily grocery retailers); (ii) retailers’ ability to use their negotiating power to resist price increases; and (iii) consumers’ willingness to switch to different products.

In Tayto, the CMA took comfort from smaller competitors’ expansion plans, while in Valeo, the CMA identified seven other suppliers, most with spare capacity. The materiality of increased volumes from smaller competitors is not clear in the CMA’s decisions. But this was a major stumbling block in other cases. Müller’s acquisition of Dairy Crest’s dairy operations in 2015, Diageo’s purchase of a controlling shareholding in United Spirits in 2014, and Boparan’s purchase of Brookes and Avana from Premier Foods in 2012 all ran into this problem and divestments were required to secure CMA clearance.

Click here to read Andrew’s prediction for grocery in 2019, along with other expert views

Retailer buyer power is one of the most common arguments put to the CMA in food and drink mergers. But, before Tayto and Valeo, it had not been accepted as a reason for merger clearance in around 20 first-stage reviews over the past 10 years. Hain Daniels’ acquisition of Orchard House in 2016 and Nakano’s acquisition of Premier Foods’ vinegar business in 2012 both had buyer power arguments rejected and the acquisitions made conditional on divestments.

It may be too early to conclude that the CMA has thrown open the consolidation floodgates for the food and drink sector. The Tayto and Valeo decisions could simply be outliers. On the other hand, if they signal a willingness to take account of factors consistently rejected in the past, then the regulatory path for future food and drink mergers may have been significantly eased.