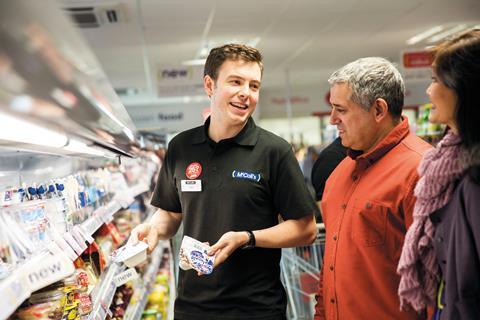 McColl’s are looking to expand, but does it mean a bid for rival chain One Stop?

McColl’s CEO Jonathan Miller has played down reports he is set to launch a bid for One Stop.

At an investor conference with IGD, Miller addressed reports in The Telegraph stating the McColl’s boss had One Stop “firmly in his crosshairs”. Although Miller said he would be interested in purchasing the business, it is not available for sale.

“It’s been widely reported this morning that we’re about to launch a bid for One Stop,” quipped Miller.

“I think the question I was posed was, ‘If One Stop was to become available, would you be interested in buying it?’ I said of course I would. I think the One Stop business is very similar to our own. It would be another perfect fit for our business just like the Co-op stores and I’ve always felt that.”

Broker Peel Hunt said: “While the CEO maintains that he always felt confident that further acquisitions were possible, we believe that the confidence gained from the early rebadged Co-ops have reinforced that view, given his candid remarks in the weekend press.

“For what it’s worth, we believe that a deal with One Stop would be an obvious route to adding value: of course the risk profile changes, but additional scale is key in the this market, and the One Stop stores would further transform the transformed.”

The retailer said within a full year of trading, the former Co-op stores would add 30% to its sales and 40% to its profits and the business will have takings of over £1.5bn.

“Our priority is on-boarding The Co-op stores but after that we’re getting back on the acquisition trail,” said Miller.

Earlier this month, The Grocer revealed McColl’s plans to trial a new supply deal with the Co-op, which would see own-label lines, including those from current suppliers Nisa and P&H, replaced by Co-op branded lines.

The retailers current supply deal with Nisa and P&H expires in March next year and Miller said following the Tesco merger, he would be open to working with Booker in the future.

“We’ve long felt there will be consolidation in wholesale supply to UK convenience and that makes us the biggest asset out there in terms of volume,” said Miller.

“Why wouldn’t we in the future, if we chose to, tap into that extra buying power that Booker has accessed through Tesco?”