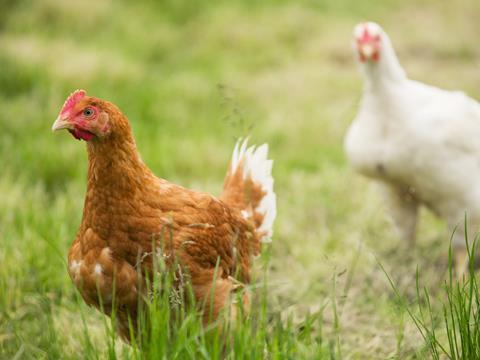 JBS scored a healthy payday this week with the $1.3bn (£1bn) speedy sale of Moy Park to US chicken processor Pilgrim’s Pride, but the Brazlian giant’s controlling stake in the new buyer led deal makers to question how level the playing field was.

Under-fire JBS shocked the industry - and Moy Park management, according to sources close to the business - in June when it revealed it was off-loading the business as part of a 7bn reais (£1.7bn) fire sale of assets to help pay a 10.3bn reais (£2.5bn) fine related to corruption, including bribing thousands of politicians.

The sale, which valued the equity of Moy Park at $1bn (£790m), gets the business off the JBS balance sheet while keeping it in the wider company stable, with Nasdaq-listed Pilgrim’s almost 80% owned by the Brazilian firm.

Pilgrim’s highlighted that the deal was unanimously approved by a special committee of its board, made up of three independent directors elected by shareholders unaffiliated with JBS.

However, analysts and dealmakers questioned whether the accelerated sale was entirely open.

“Moy Park is a great asset so I can understand why JBS would be reluctant to cut the cord completely,” OC&C Strategy partner Jim McDonnell said. “There was a lot of interest in the business, justifiably. However, I think the vast majority of those interested would say they were disappointed the playing field didn’t seem as level as they’d hoped in this process.”

A deal maker who advised one of the other bidders in the process, which The Grocer understands included trade players in Asia, UK pork producer Cranswick and PE firms, added his client didn’t get a fair hearing.

“We were quick off the mark and the client had lots of money and was looking pretty serious, but they didn’t want to hear us out so we got frozen out pretty quick,” the source said. “It did feel like someone was on an inside track; so maybe the playing field wasn’t as level as it might have been.”

Pilgrim’s did, however, offer more than any other bidder in the first round bids for Moy Park, which gives the US producer a foothold in Europe, access to 800 farmers across the UK and an additional processing capacity of 5.7 million birds a week across 13 facilities.A senior dealmaker source said the price paid was at the top end of the market. “It was slightly on the high side, but not outrageous for a business of that scale. Traditionally protein businesses have traded at single-digit multiples; having said that Moy Park has done a really good job at premiumising and adding value to basic protein, so not quite as boring as just a killer, slicer and packer.”

But he was surprised at the speed the deal was completed.

“The normal timetable would be that the deal would not complete for another few weeks at least, as second round bidders were given access to data and to meet management,” one said. “I am not entirely sure how Pilgrim’s did it so quickly.”

Pilgrim’s said it planned to extract $50m (£37.8m) of cost savings from Moy Park over two years, primarily from the “optimisation of sourcing and production, and savings in purchasing and logistics”. However, the US business added in a call with analysts that JBS had already taken out $30m in costs since buying Moy Park from Marfrig for $1.5bn (at the time worth about £950m) in June 2015.

This led the Unite union which represents the bulk of the company’s workforce in Northern Ireland, to demand a meeting with McCollum to clarify from where the savings will come.

“The news that Moy Park has been sold to Pilgrim’s Pride causes serious concerns to our union and our membership,” regional officer Sean McKeever said. “We question the logic of JBS selling Moy Park to a company in which they own 78% of the shares if it is not to squeeze even greater profits by lowering costs further.