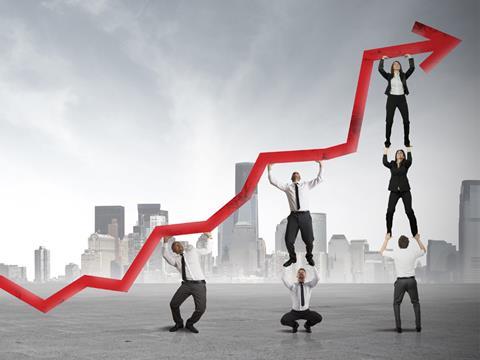 The number of global fmcg deal hit record highs last year, according to the OC&C Global 50, but the sector is still waiting for those industry-defining mega-deals.

The OC&C Global 50 report found that the total number of grocery and fmcg deals hit their highest level for over 12 years in 2014 – recording 537 deals across the whole industry and 56 deals by the world’s top 50 fmcg players.

Both of these numbers surpass the previous highs recorded – 428 last year for total deals and 53 for Global 50 deals in 2007.

The figures are starker for just acquisitions by the Global 50, which fell in both number and deal value last year.

What these figures indicated is that, while M&A activity remains at historic highs in terms of the number of deals getting done, the big value consolidation deals many have been tipping for a number of years are still not coming through.

Most of those deals that did get over the line were primarily driven by consolidation – as most, including Imperial Tobacco’s acquisition of brands from Reynolds American, were same-sector deals.

Acquisitions within the same sector accounted for 95% by value and 79% by number of total acquisitions by the globe’s 50 largest fmcg firms.

The beer and spirits segment has already seen considerable consolidation over the past decade – with the top 10 firms now accounting for 66% of the global beer market against 51% in 2005.

However, despite talk of AB InBev taking out SABMiller or SABMiller itself bidding for Heineken – widely mooted consolidation within these major players has been sparse.

That’s where private equity may step in. Although too late to be included in the OC&C Global 50 the consolidation of the frozen sector by Nomad and the merger of Heinz and Kraft Foods under 3G Capital/Berkshire Hathaway shows the role private investors are having in driving long-awaited mega-deals in the sector.

OC&C’s Will Hayllar says the food and drink industry is “ripe for the dynamism” that private equity investors to bring – weather that’s the 3G Capital model of stripping out costs to concentrate on core areas or shaking up the institutionally sluggish giants with a dose of “dynamism, confidence and aggression”.

The report posits the theory that private equity can be a solution to the Global 50’s struggles to achieve meaningful global revenue and margin growth by enabling companies to operate “flexibly and decisively to respond to local trends and changing circumstances”.

“Private equity isn’t all about stripping out costs, there are many potential levers that PE looks to use to improve margins and, ultimately, create value,” says Anthony Bellau, director at HIG Europe, which recently bought Adelie Foods, pointing to the possibility of generating growth through investment in new machinery or adding new capacity.

Much of the deal activity in 2014 remains rooted in the downturn, with large multi-nationals taking the opportunity to spring clean their balance sheets and dump non-core assets to become more focussed and streamlined.

Strategic misfits accounted for the highest number of divestments (61% against 22% for operational restructuring). However, in value terms, legal regulations and others were the major reasons for divestments – accounting for 61% of deals against 19% for restructuring and 18% divesting non-core assets.

Imperial transformed its presence in the US by buying four US cigarette brands and a line of e-cigarettes after the merger between US tobacco giants Reynolds and Lorillard. Its US business, now including the Winston, Maverick, Kool and Salem brands, will now represent around 24% of its tobacco revenues.

AB InBev bought back South Korean Oriental Brewery from Kohlberg Kravis Roberts having sold it off in 2009 following the merger of InBev and Anheuser-Busch. The deal regains lost market share in the fast-growing South Korean beer market with the Cass brand South Korea’s biggest seller.

Diageo finally gained majority control of India’s largest spirits company last year after first agreeing to buy a stake back in 2012. The deal gives Diageo a leading position in the rapidly growing Indian market, worth $6bn a year and growing by 15% per annum, though efforts to clean up the way United Spirits does business has involved a lot of mud throwing.

The Mexican baking giant’s acquisition of Canada Bread from Maple Leaf Foods bought it the biggest market share in Canada and a significant presence in the UK, while solidifying its reach in the US.

Henkel’s purchase of laundry aid, insect control and household-care company Spotless from UK-based BC Partners gave it a strong position in France and Italy where laundry products enjoy stable sales at a solid margin. Henkel has said it is looking to improve profitability in mature markets.