Unilever 'Sprexit' and strategic review: what the analysts say 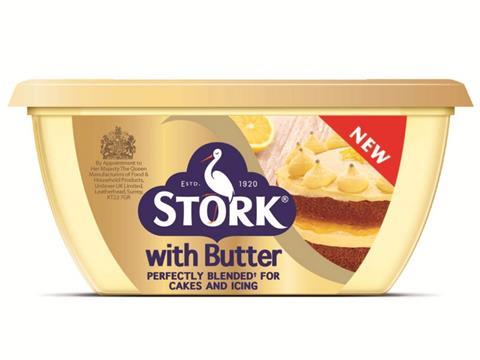 The results of Unilever’s much-anticipated strategic review – the reaction to the unsolicited £115bn approach by Kraft Heinz – didn’t come as a great surprise to the City. Shares in the consumer goods giant closed up 1% to 3,978p yesterday as investors found much to like in the review. Click here for the full story about what CEO Paul Polman announced.

What did the analysts make of the announcement:

Warren Ackerman at Societe Generale said the strategic review was “well-thought-out” and that Unilever “got the balance right”. He marked the announcement a solid 7 out of 10.

“After a 20% move post the Kraft Heinz bid and announcement of the strategic review and with elevated expectations, there was a risk of travel and arrive, so getting the shares up post the strategic review is impressive,” he added. “This is ‘job done’ short term and it will buy management time to deliver the plan. We think this is the start of the value creation journey, not the end. Unilever is giving itself the maximum number of options.”

Ackerman said the decision to exit spreads was “welcome”, as was the €5bn share buyback and higher cash conversion target.

“The positive surprise to us was the review of the NV/PLC share structure, which is likely to result in one class of share and will make strategic M&A/demergers easier.”

On the issue of the so-called ‘Sprexit’, which SocGen estimates could sell for €7bn-€8bn (£6bn-£6.9bn), Ackerman added that the timeframe for the sale was longer than hoped for (ie end 2017).

“The problem with selling it will be dilution and it generates a lot of cash. They have said they will demerge if they can’t get fair value. The problem is would it be by itself a credible investment – we suspect other food assets would need to be injected. It doesn’t sounds like Kraft Heinz is coming in for spreads anytime soon.”

Andrew Wood at Bernstein was also positive on review but said most of the targets announced were in-line with expectations and much of the news was already priced into the stock.

“We set out three things we hoped Unilever would not do: i) over-react, by over-promising on unrealistic operating goals or by ‘chopping off its tail’ via M&A without ‘growing its head’; ii) split food and HPC; or iii) undertake large, defensive M&A. We are pleased that management has done none of these.”

Deutsche was a little less sanguine on the news. “While on the ‘tamer’ side of the many scenarios discussed in the run-up to today, we would argue that the various measures combined will result in high-teen earnings growth, putting Unilever well ahead of its peers.

“In line with our ‘base case’ assumption, management confirmed a 20% margin target for 2020. While restructuring charges are (somewhat disappointingly) moving back below the line, making for an apples-to-apples starting point of 16.4% in 2016 (rather than 15.3% reported in 2016), we note that the pending spreads disposal will have a negative -50-100bps impact, implying ‘underlying’ annual margin improvement of +100-110bps versus the 2016 base (at a cost of €3.5bn nevertheless).

“Risks are volatility in emerging markets, rising cost of competition/ raw materials and a slower-than-expected delivery of shareholder value following the strategic review.”

Goldman Sachs added: “The higher EBIT margin target suggests 360bps margin expansion over 2017-20, or 90bps per annum. This compares to the previous target of 40-80bps per annum over 2017-19 but importantly excludes restructuring charges (whereas previous guidance included them).