Where now for the Nisa deal as Sainsbury's hits the pause button? 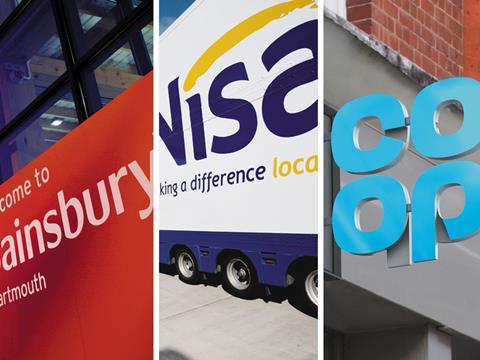 Co-op back in frame after Sainsbury’s delay

The saga surrounding the potential sale of Nisa took another sharp turn yesterday when it emerged that Sainsbury’s was putting its interest in making a bid on hold, and the Co-op had come back to the negotiating table. So just where do these latest dramatic events leave the deal?

Why has Sainsbury’s pressed the pause button?

Sainsbury’s had been in pole position for a run at Nisa after it entered a period of exclusivity with the buying group in June following its initial £130m approach. The Co-op had also expressed an interest but the Nisa board plumped for Sainsbury’s, giving the big four supermarket operator this exclusive period to complete its due diligence.

Over the last couple of weeks it was expected that Sainsbury’s would move to a formal offer or withdraw. The third option of delaying a bid for at least another two months has taken everyone by surprise.

The reason for the delay, it seems, is that Sainsbury’s has been spooked by the Competition & Markets Authority and its findings on the Tesco-Booker merger, which it published last month after confirming it was launching a phase two investigation into the deal.

Nisa chairman Peter Hartley said in a note to members yesterday: “Sainsbury’s have made it clear they remain interested in continuing to work with Nisa and potentially making an offer for the company, but they have informed us that they do not feel sufficiently comfortable to do so until they have greater clarity over the evolving regulatory and competition considerations.”

Sainsbury’s declined to comment on the pause, but it is understood that it wants to wait and see the full findings of the phase two investigation before ploughing ahead with its own venture into wholesale, so it can get a full understanding of the competition implications and pitfalls it may face itself.

Has Sainsbury’s left the door open for the Co-op?

Hartley told members that, following the conclusion of Sainsbury’s exclusivity period, another party had re-entered the fray. He did not name names, but The Grocer understands this party is the Co-op.

Sainsbury’s move may reflect a cooling of its interest rather than simply competition concerns, in which case the Co-op may be left as the only viable bidder. However, if Sainsbury’s is planning to come back to the table, it may well believe it would still be the favoured bidder, particularly with Nisa members, who will ultimately decide whether to sell the business or not.

One source close to the deal argues: “For the last couple of months the Nisa board has been telling members that the Sainsbury’s deal is far superior to the Co-op bid, so what are members likely to think if they then started encouraging them in the direction of the Co-op?”

It is clear that without significant changes to the Co-op bid, it will have a tougher time bringing Nisa members on-side than Sainsbury’s would.

The Co-op, like Sainsbury’s, declined to comment on the Nisa situation. It is understood that the Sainsbury’s deal was potentially more attractive for Nisa members, who are traditionally fiercely independent, as it offered them greater flexibility as to how they could run their businesses going forward. The Grocer understands the original Co-op bid was conditional on Nisa retaining its contract to supply McColl’s. Two weeks ago Nisa lost out in the re-tender for this business to Morrisons. Sainsbury’s interest, on the other hand, was not dependent on McColl’s. So it seems there is still a huge amount of work to do if Co-op is to get a deal over the line.

What do Nisa members make of the situation?

As Hartley put it yesterday, it is Nisa members who will ultimately decide on the future direction, but in the current climate something has to give.

“Our sector continues to change and evolve at pace. Many of these changes will shape the convenience sector for the next decade and beyond. The board of Nisa continues to review any serious incoming queries and offers in the best interests of its members, and against the shifting backdrop of the convenience sector,” he explains. “As we have said before, there is no guarantee that an offer from any party will be forthcoming. Should an offer of merit emerge, it will be for you, the members, to decide on whether to accept it.”

When it was just Sainsbury’s in the frame last month, a poll of Nisa members carried out for The Grocer found more Nisa retailers (30%) were in favour of a sale than dead set against it (25%). However, the majority (45%) said they were unsure what to make of the situation.

If the Nisa board recommends a sale, it will have to put it to a vote of the members. It is thought that 75% of the vote would be needed for it to go through. There are currently about 1,400 members - but it will not be a one member, one vote deal. Members each have varying numbers of shares, up to a maximum of 250. There are about 35 members who have the maximum shareholding.

A spokesman for the Mutual Shopkeepers, a group of around 80 members who have been highly critical of the board over the last two years, told The Grocer that he didn’t expect Sainsbury’s to come back in for Nisa.

“The executive were convinced that the offer from Sainsbury’s was a done deal. The McColl’s announcement knocked them for six, they didn’t see that one coming,” he claims. “[Nisa CEO Nick] Read is now clutching at straws by returning to the Co-op in the belief that the original offer is still on the table. We very much doubt that will be the case.”

Meanwhile, another member told The Grocer that the board has a duty to look at the Co-op proposal on its own merits. “There is a lot happening,” he says. “But if the Co-op is still interested, then we need to see what it is proposing.”

Are there any alternative options for Nisa?

There don’t appear to be any other suitors for Nisa waiting in the wings to see how this all pans out, but it is clear that in a marketplace in which Tesco is buying Booker for £3.7bn and Morrisons is cosying up with McColl’s, Nisa will need to get involved in some form of industry consolidation so it can effectively compete on behalf of its members.

The move that appears to have the most merit would be a reconciliation with its former largest member Costcutter. Nick Read has publicly stated that he intends to grow Nisa’s turnover from £1.5bn to £2bn by 2019, a target that was set before it lost the McColl’s contract. Costcutter has annual sales of £707m and would give Nisa back some much needed volume. It currently still has another three and a half years to run on its supply deal with Palmer & Harvey. However, earlier this year it closed the BuyCo set up in 2013 with P&H to handle joint buying for the two parties, and with P&H understood to be up for sale, Costcutter is sure to be looking at its long-term options.

This reunion would offer Nisa some respite, but is in no way a foregone conclusion. And Costcutter, which is currently owned by Bibby Line Group, could also just as likely become a takeover target for the major supermarket operators.

“It would be an interesting move to bring Costcutter back,” says one Nisa member. “I wonder who would hold the ace card in those negotiations?”