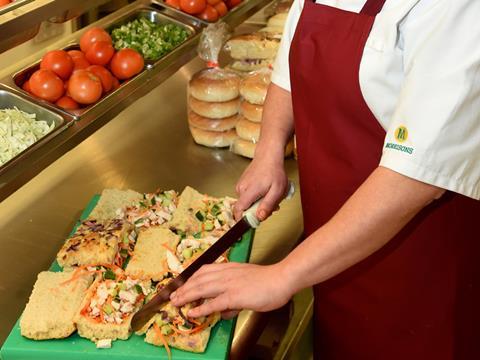 Morrisons is entering the freshly made sandwich market after declaring war on “the limp and soggy sandwich syndrome”.

The supermarket is currently training 1,000 staff who will make and sell up to three million premium sandwiches a year in store. They will feature in a new Made by Morrisons range that also includes snacks and salads made fresh on the same day.

The sandwiches will be made using fresh ingredients picked from its Market Street area and bread baked in store such as foccacia, bagels and baguettes.

The sandwiches will retail between £1.50 and £2.00 and include Ham and Emmental Baguette, Mozzarella and Pesto Foccacia and New York Deli bagel.

Recent consumer research from Opinium showed that 30% of people would not buy sandwiches because of limp lettuce and other components; 30% because they are not fresh; and 21% because of soggy bread.

“We’ve been listening to customers and found many wanted their sandwiches to taste like they’ve just been made,” said Morrisons fresh provisions director Evonne Hannar. “Our team can make a fresh sandwich just as well as the high street chains.”