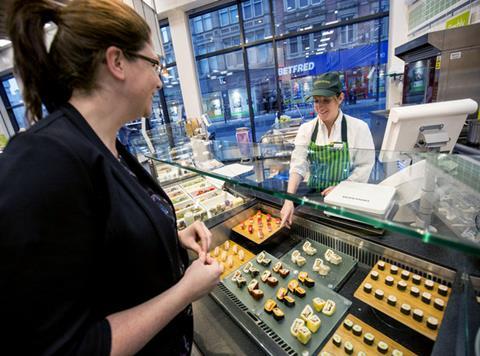 Morrisons has launched its first fresh sushi counter at its store in Piccadilly Gardens in Manchester city centre.

The counter has been created as part of its conversion from an M Local c-store back to a Morrisons, and is accompanied by an adjacent fresh wraps counter. The store was not part of the deal that saw 130 M Local stores sold to Mike Greene for £25m last year.

The sushi counter is described as a ‘pick and mix’ with 12 different sushi rolls for customers to chose from and pick their own selection.

The success of the counter, and one in Bath that opened a few days later, led to a third opening at Waitrose in Godalming at the end of last month.

The Waitrose counters are run by sushi operator KellyDeli and branded Sushi Daily.