What we can learn from Morrisons’ market trader approach to retail 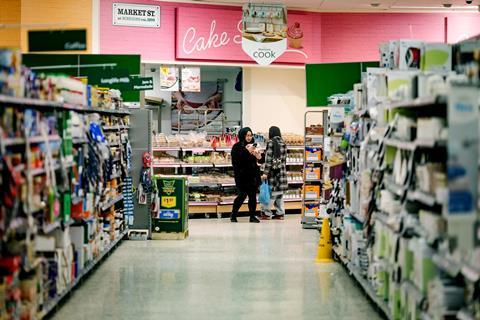 The Market Street concept is central to the shopper experience, with prevalent in-store bakery driving perception of freshness

According to the latest Kantar data, Morrisons has lost significant market share in the 12 weeks to March, versus two years previously. So this may seem a strange time to look to it for lessons. But most commentators agree that Morrisons has done good things during David Potts’ tenure. So what can we learn?

As Bob Marley said: “If you know your history, then you know where you’re coming from.” That principle is evident at Morrisons. When Ken Morrison took over leadership of his father’s company, it was a small group of market stalls in Bradford. Many aspects of the heritage and culture of market selling are visible in the stores today.

First, Morrisons displays products like a market trader. The Market Street concept is central to the shopper experience. Produce in particular is well lit, abundantly and attractively displayed. Counters are a high priority and displayed with care and professionalism. In-store bakery is prevalent, driving perception of freshness.

Second, Morrisons sells like a market trader. Tables (including some chilled) are used throughout the store, to catch shopper attention and secure impulse purchase, often with fresh bakery treats. Gondola ends are boldly stacked and marketed, with large brand images, and bright descriptions of the mechanic. Given Morrisons’ skill in impulse selling, it is perhaps finding the HFSS legislation particularly troubling.

Third, Morrisons manages waste like a market trader. It was always said that products approaching end of life from meat, deli and produce would be used in food to go (sandwiches, salad bar, café etc), to prevent waste in the store. Morrisons’ vertical integration allows it to also control waste further back into production and farming. For example, if it has an oversupply of salmon, it can and will quickly turn on a whole salmon promotion.

Overall, Morrisons is different and has had the confidence to be itself. At a time when others close counters, it redoubles efforts to make them work. While competition from Aldi and Lidl has seen others move towards EDLP and away from multibuys, Morrisons has stuck closer to its own tried-and-tested strategy. For a start, in an increasingly digital world, the buzz of a well-run Morrisons store gives a better “reason to actually visit” than most competitor stores.

There is a risk. The Morrisons model is reliant on culture: ways of working, motivating and enabling people with the personality and skill to be like market traders. If the company is spooked by difficult sales numbers, it must guard against an over-reaction. The temptation can be to pull back hard on wastage and labour, in an attempt to retain profit. But half-full tables, half-empty counters and half-empty produce departments do not work half as well. They don’t work at all.

It’s all or nothing with this kind of retailing. You either do it with passion or belief or you don’t.