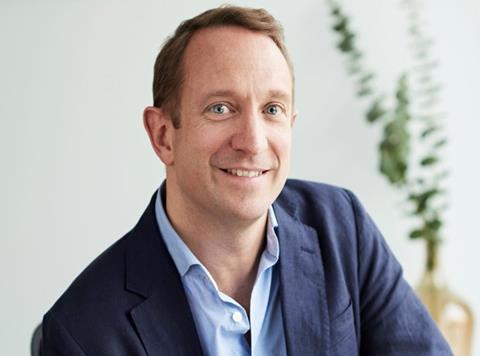 Simon Belsham, who became managing director of Tesco.com in 2013 before becoming online director, was named as the new president of the business, based in Hoboken, New Jersey.

He will oversee grocery and general merchandise operations for Jet.com, which was bought by Walmart for $3.3bn in 2016.

Belsham was part of an exodus of management in 2015 who left Tesco amid sweeping changes by CEO Dave Lewis, leaving to become CEO of online marketplace retailer notonthehighstreet.com.

A supermarket veteran who was also instrumental in building Ocado’s sales platform, he had been a key player in expanding Tesco’s “dark store” operation and online delivery platform.

Prior to joining Ocado, as director of non-food, he worked as UK operations development director. He also worked as a store manager at Tesco.

Walmart said Belsham would initially be based in Dublin but he would soon move to the US.”He’ll oversee the full scope of operations for the Jet.com business, including driving an integrated customer experience with grocery and general merchandise,” said Walmart.com president and CEO Marc Lore.

“His omnichannel experience and track record of innovation from his time in consumables and durables will help spearhead Jet’s focus to be the leading online retailer for the urban consumers.

“With Jet Grocery being an integral part of the strategy, Simon brings incredible experience in scaling grocery delivery and his unique background in converging technology and retail to create amazing experiences for customers.”

Belsham said: “I’ve long been an admirer of both Walmart and the Jet founders, and together we have a formidable team combining some of the world’s best retailers and entrepreneurs. There are so many ways technology can change retail and be a force for good in our lives. In my view, there is no business better positioned to take advantage of the opportunity ahead than the combination of Walmart and Jet. I believe this creates a unique moment to build something very differentiated and engaging for customers and I’m eager to roll up my sleeves and lead Jet during this exciting and transformative time.”