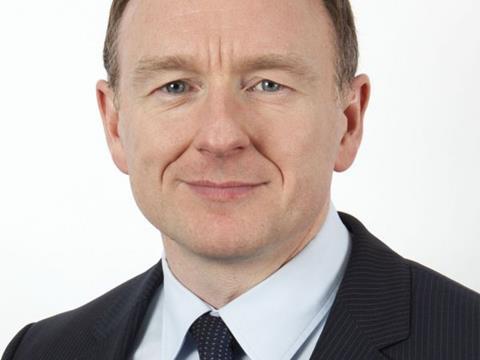 Wright, who left Tesco in September, was one of the key people behind Tesco’s Project Reset range review. He is a “brilliant operator who is very well respected by the supply chain for his fair and commercial approach,” said Machin, who worked with him at the Australian supermarket chain Coles. In a 30-year career in buying and trading roles, Wright out on the food manufacturing side with Unilever and Goodman Fielder Australia, before moving to the retail side, working in a number of commercial and buying director roles at John Lewis and Phones 4u before his move into general management at Coles.

Wright will have responsibility for trading and supply chain at M&S. He starts in his new role in late 2019.

The appointment is one of several changes announced this week as part of Machin’s plan.

In September M&S appointed former ABP sales and marketing director Katharine Haenelt to the new role of head of trading for meat, fish, poultry and dairy.

She will ultimately report into Wright. And with Cathy Chapman retiring in December after 25 years at M&S, April Preston will rejoin M&S as product development director in November. Preston spent 18 years at M&S, developing over 10,000 ground-breaking products including its Gastropub ready meals before moving to 2 Sisters in 2014 as group director of insight and innovation and then Harrods as its executive head of food innovation.

“April is a true food disruptor who has an innate talent for creating amazing customer-loved products,” he added.

Meanwhile trading director Stuart Forder and food supply chain and logistics director Syd Reid have resigned to pursue other career opportunities said M&S. Reid will remain with M&S until January 2019, while Forder will leave in March 2019.

Machin said he was “determined” to use a blend of internal talent and hires to build a “winning team to transform M&S Food into a winning business.

“Having the right leaders in place is our first step in the early stages of this transformation plan. George and April will both bring skills and talents to M&S that will complement and complete the Food leadership team.”

As well as thanking Forder and Reid for their contributions to M&S, Machi paid tribute to Cathy Chapman for her pioneering work. “From transforming the fresh ready meal market with the chicken kiev to developing so many award-winning ranges and products, Cathy has pioneered food that has shaped the palettes and tastes of Great Britain,” he said. “We will miss her enormously, though she will continue to be a great friend to M&S.”