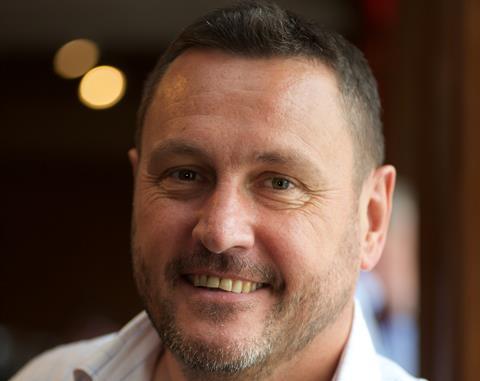 Müller Milk & Ingredients has further bolstered its management team with the appointment of ex-Twinings MD Liam McNamara as its new commercial director.

McNamara replaces Brendan Power, who had decided to pursue his career outside Müller, the processor said.

He will be tasked with “driving value for customers through industry-leading partnerships”, Müller added, and would help drive MMI’s “vision to become Britain’s private label dairy leader”.

McNamara brings more than 25 years global fmcg and retail experience at a general management and senior commercial level, across a range of channels and with both own label and branded goods.

He worked for Aldi from 1995 to 1998 as a district manager, before working across a range of roles at Mars over the next nine-and-a-half years, including as category head of European ice cream and market head for Hong Kong and China in the early-to-mid 2000s.

He also spent just over two years at Dunnhumby as head of UK fmcg from 2007 to 2009, before spending a further four-and-a-half years at Mars, including a two-year spell as GM of its Irish business. He then joined ABF in 2014 as Twinings GM, where he worked with current MMI CEO Jon Jenkins.

Big Interview: How Jon Jenkins picked up the ball at Müller

Mcnamara is currently joint MD of Allied Milling & Baking and will join MMI in May.

“We are looking forward to welcoming Liam to the team as we continue to drive value for our customers and focus on our vision to become Britain’s private label dairy leader,” said Jenkins.

“We have made considerable progress to date, but we must continue to push ahead and complete the turnaround of the business. With this in mind, we are focusing our considerable capabilities, knowledge, and resources on creating industry-leading customer partnerships, while offering end-to-end excellence, and being the industry’s cost leader.

“Liam’s experience will support the achievement of this goal and I have no doubt that he will play a crucial role in ensuring we become the partner of choice for customers within the fresh milk, flavoured milk, cream, butter and ingredients sectors.”