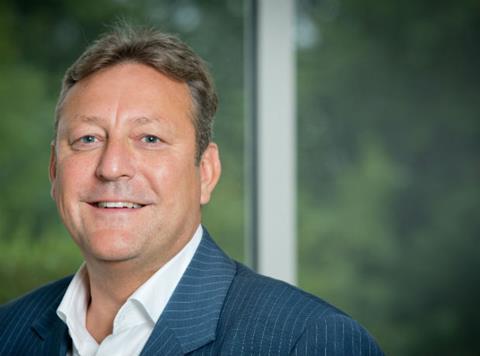 Camelot has appointed Nigel Railton as its permanent CEO as it looks to implement a strategic review to turn around flagging National Lottery sales.

Railton has worked as Camelot global CEO since 2014, with responsibility for its consultancy and private management contracts abroad.

He took over UK operations when previous Camelot CEO Andy Duncan announced he was stepping down in April. Railton was originally there to oversee the transition until the board found a permanent replacement.

He also conducted the board’s strategic review, which was announced in June this year.

The news of his appointment comes as Camelot reported a 3.2% fall in National Lottery ticket sales to £3.3bn from 1 April to 23 September 2017.

As part of plans to reinvigorate the operation, Camelot will invest £20m in retail initiatives to boost engagement and improve in-store display, game availability and merchandising.

Plans include an upgrade of its digital capabilities, improving its range of games and a refresh of the National Lottery brand.

Camelot will also double the size of its sales force to help it forge stronger relationships with its retail partners.

“I am delighted to see Nigel appointed as the CEO of Camelot UK,” said Camelot chairman Jo Taylor. “He has a wealth of experience, a proven track record and is passionate about the role that the National Lottery plays in society. He is also uniquely qualified within the international lottery community, having been in a senior management position for over 19 years, as a CEO and formerly in strategy and finance.

“Under Nigel’s leadership, the new executive team at Camelot has recently concluded a thorough strategic review and designed a clear execution plan to put the business on a path to responsible and sustainable growth.”

Railton added: “It’s a privilege to have been given the opportunity to run Camelot’s UK business. As operator of the National Lottery, we’re a company like no other - a commercial organisation that raises billions of pounds for the public good. Coming off the back of last year’s disappointing sales performance - and in the face of the very real threat posed by intensifying competition from the wider gambling sector, which benefits from significant taxation advantages, and continuing doubts over the economy - I don’t underestimate the challenge ahead of us.

“However, given the areas for improvement that we’ve identified during the strategic review, Camelot’s impressive track record of success over the long term and the first-class team that I’ll be working with, I firmly believe that we have an excellent platform to get the National Lottery back where it should be next year - in growth, creating more winners than ever before.”