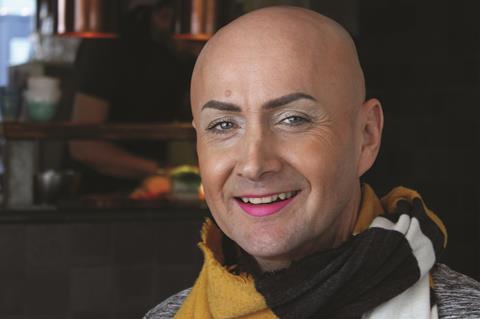 What was your first job? In the summer at the age of about 10 at the then Plamil cottage industry, I needed to stand on a crate to put lids on cans of soya milk.

What’s been your worst job interview? I’ve only had one. After I left college, my father announced “We are buying chocolate machinery. Do you want to work here?” My reply - “OK”.

How do you describe your job to your mates? “I run a chocolate factory” tends to be a talking point.

What is the most rewarding part of your job? Plamil is the original vegan company and a mould breaker. Leading it to change national diet and attitude, is a real reward.

What is the least rewarding part? Dealing with those that know the cost of everything and the value of nothing.

What is your motto in life? I’m going to get to the end with no regrets, having tried my best, and hurt as few people and animals as possible.

If you were allowed one dream perk, what would it be? At a leading chocolate industry event last year a speaker asked “who is content with their life?”. I was the only one of about 300 people to raise my hand. I’m alive, what could be better? My perk would be to stay alive.

If you could change one thing in grocery, what would it be? We should be placing long-term policies that support multi-faceted concepts of more nutritious, sustainable food. Society and industry perpetuates the idea that food should be as cheap as possible, rarely considering its value to our life.

What luxury would you have on a desert island? My wife.

What animal most reflects your personality? Wild cat.

What’s your favourite film and why? Apollo 13. I’m often asked about Brexit planning. In the event of a Brexit ‘no deal’, paraphrasing [aerospace engineer] Gene Kranz we should ‘see what’s left working - not guess - then work the problem’.

Which celebrity would you most like to work with and why? Phoebe Waller-Bridge. Creatively breaks a few moulds.

What would your death row meal be? Home-cooked pasta, our garden tomatoes and aubergines.