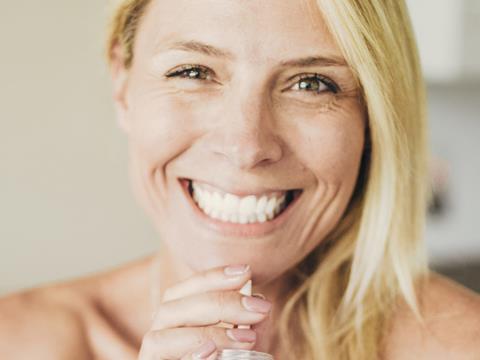 What was your first job? A nightclub promoter. I started doing this at 18 and met some amazing friends along the way. I’m not sure I ever used to sleep.

What’s been your worst job interview? I’ve only ever had one - so fortunately, I’ve been OK.

What was the first music single you bought? ‘Rhythm is a Dancer’ by Snap on vinyl. I still love the song now 26 years later. I used to have it as my ringtone!

How do you describe your job to your mates? Jack of all trades. We’re a startup so I do everything from pitching to new stockists to packing up boxes.

What is the most rewarding part of your job? It has to be seeing our products on the shelves of supermarkets and shops that I’ve been in since I was a child. I found that pretty surreal to begin with.

What is the least rewarding part? That I can never switch off. So many of my ideas come alive at night, which means I’m forever jotting things down. As well as the founder of No&more, I’m also a wife and mum. It can be a real struggle to run the business as well as give my family everything I can.

What is your motto in life? Make a decision and move on.

If you were allowed one dream perk, what would it be? A chauffeur so I could work on route to meetings.

If you could change one thing in grocery, what would it be? I’d change labelling so that it gives people the exact nutritional information for the amount that’s in the pack - not just per 100ml for example. I think this will give people a clearer understanding of what they’re consuming.

What luxury would you have on a desert island? Eyelash curlers.

What animal most reflects your personality? According to my husband - a tiger. Make what you will from that.

What has been the most embarrassing moment in your life? There are far too many to mention.

Which celebrity would you most like to work with and why? Richard Branson as I know I could learn a lot from him.

What would your death row meal be? Fish and chips with a side of mushy peas.