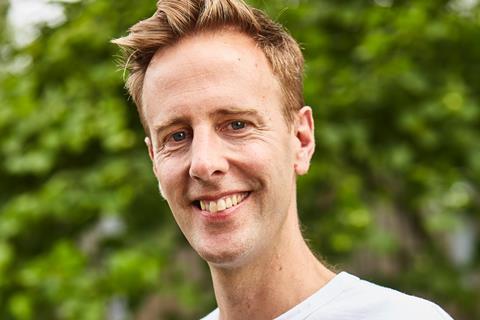 What was your first job? As an 18-year-old I used to be a runner on sets for TV commercials and music videos. There was no money in it, but I loved the buzz.

What’s been your worst job interview? They made me sing. I crumbled.

What was the first music single you bought? I can’t lie, Cliff Richard’s Mistletoe and Wine… I was seven.

How do you describe your job to your mates? I drink beer all day and never get drunk.

What is the most rewarding part of your job? When people email us out of the blue and tell us Lucky Saint is the best non-alcoholic beer they have ever tasted.

What is the least rewarding part? Explaining that an overripe banana has more alcohol than Lucky Saint.

What is your motto? You make your own luck.

If you were allowed one dream perk, what would it be? A Hyperloop to travel in.

Any phobias? No phobias, but I’ve got a lot of superstitions. Everything from not walking under road signs to what to do if you spill salt.

If you could change one thing in grocery, what would it be? I would change the perception that perfectly formed fruit & veg tastes better.

What luxury would you have on a desert island? Lucky Saint on draught and ice-cold glassware.

What animal most reflects your personality? At home we play a simple game called ‘pig or rat’ where everyone you see is either a pig or a rat. It sounds weird but it’s surprising how everyone can be put in one camp or the other. I’m a rat.

What’s your favourite film? Goldfinger on an autumnal Sunday afternoon. In a world where everything is so overstimulating, old Bond films feel like the antidote.

What has been the most embarrassing moment in your life? Anything involving singing publicly. Cue nauseous anxiety.

Which celebrity would you most like to work with? We batted this one around the office and we’ve decided Postman Pat would be a great addition to the team given his relentless focus on delivering (samples).

What would your death row meal be? Linguine al limone, followed by affogato.