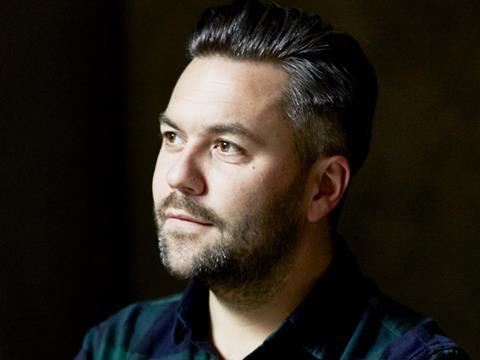 What was your first job? I was taken on as a landscape gardener. I ordered a minted lamb sandwich on my first lunch break. Never lived it down.

What’s been your worst job interview? My first job in advertising. I was two hours early and when I finally spoke I mumbled something about Chelsea FC and wanting to bring drum & bass into perfume commercials. Luckily they were desperate and I still got the job.

What was the first music single you bought? …And Justice For All by Metallica.

How do you describe your job to your mates? A creative person trying to make things people in the real world don’t hate.

What is the most rewarding part of your job? When the energy comes - a room full of people on fire.

What is the least rewarding part? The moments in the past where you wake up doing the dance with a brand partner over and over knowing nothing good is ever going to come from it all.

What is your motto? ‘I’m not interested in stories about the past or any crap of that kind because the woods are burning, you understand? There’s a big blaze going on all around.’ It’s from Death of a Salesman.

If you could change one thing in grocery, what would it be? The aesthetic. Some of the most important and desirable things in our life could be so much more beautiful.

What has been the most embarrassing moment in your life? I once asked for a track at a big club telling the DJ I was the UK breakdance champion in the hope that would make him play it. He did. Then he stopped the track, make the crowd form a circle and announced me. I died inside. Then stepped forward and did the worst caterpillar in existence.

What’s your favourite film and why? Fantastic Mr Fox. Because it’s beautiful, awkward, different and real despite being animated. Because really it’s a story about an average father and a terrible husband who works it all out just in time.

Which celebrity would you most like to work with? It happened. Leonard Cohen. One of the most incredible days of my life. It’s important to have heroes, and to create ways to work with them. Good things happen.