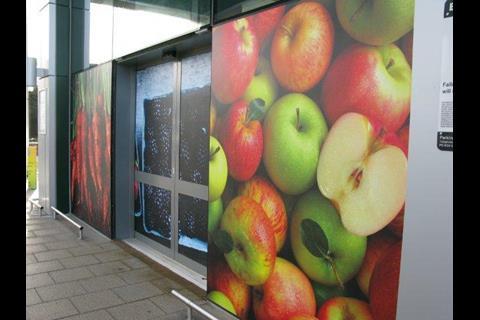 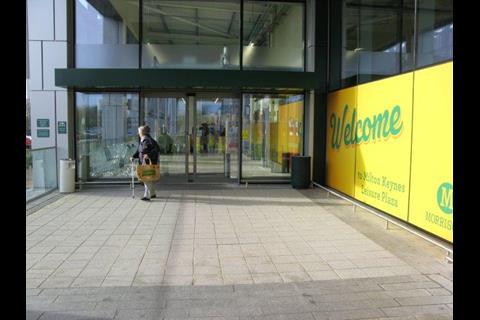 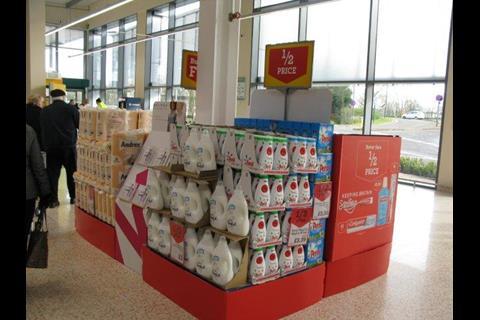 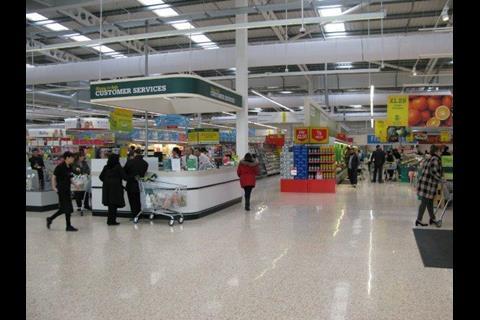 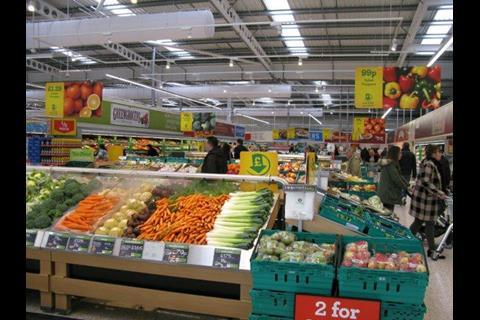 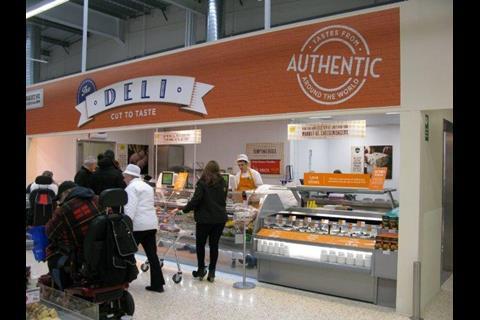 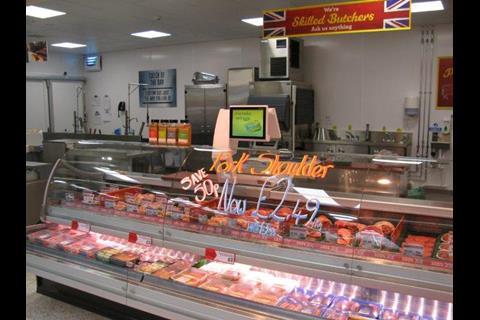 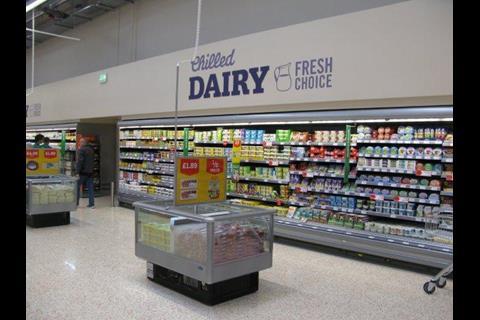 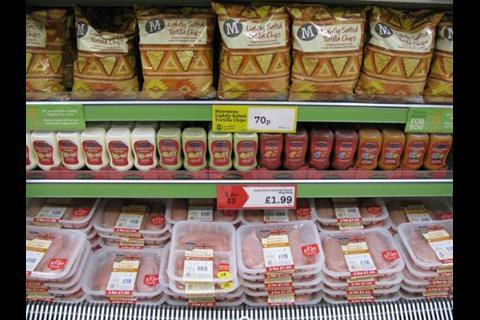 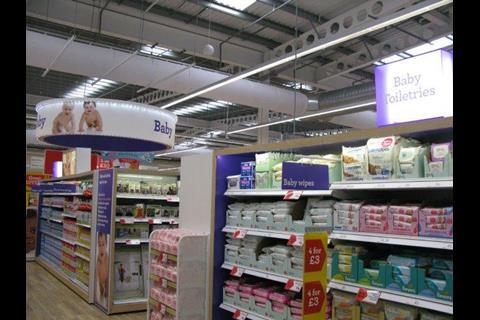 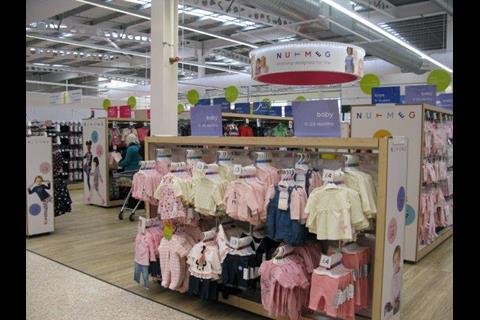 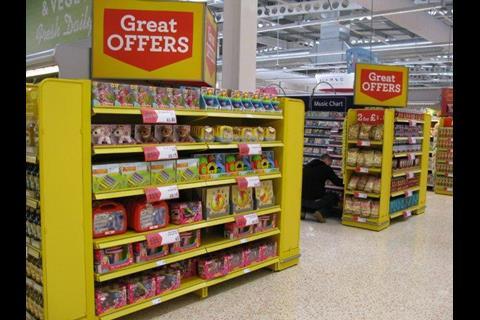 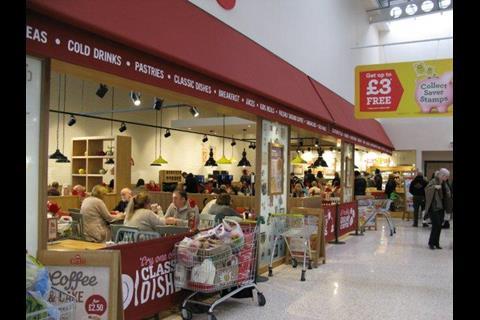 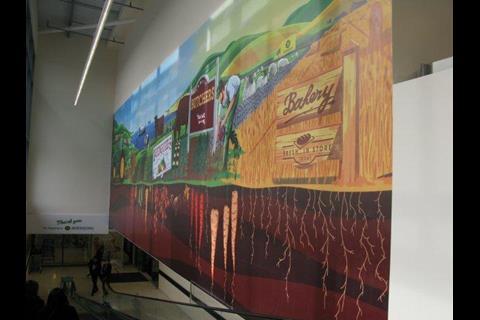 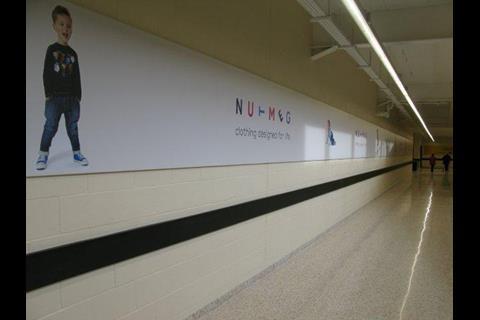 Morrisons has come up with a new formula for what a modern supermarket should look like, and it’s roughly three parts family friendly and one part convenience. The supermarket has decided to road test this new retail recipe in a brand new megastore, at an out-of-town retail park in Milton Keynes.

This is Morrisons’ second “lab store”- an experiment in how store layout, range and design can be tailored to the local demographic. The order of the day for Milton Keynes was “winning with young families”, so on entering the store shoppers are met with huge display of children’s clothing range Nutmeg and the option to take a trolley that has a child’s go-kart attached to it.

“Budget is a concern to the families we’re targeting- but ease and convenience probably trump it,” said format director Andy Newton. This means first impressions of the 39,000 sq ft store include its easy to navigate layout. From the main entrance, large lit-up signs clearly direct towards baby and health sections. Market Street - straight ahead on entering the store - is wider than usual and features lots of packed lunch suggestions and category mixing stands to make grabbing the weekly shop easier.

Hit the cross aisle break and shoppers find Nutmeg is centre stage in this store, running all the way through to the checkouts. This area merges into baby and then health and beauty sections, with all three having a wood-effect flooring that distinguishes them from the rest of the shop as more premium areas. Throughout these sections, bright colours are used to guide shopper attention to different product groups, with yellow shelves signalling promotional areas.

Babies are also the focus at the 18 checkouts and 10 self-service checkouts, with items such as baby wipes by the tills. After paying, families can visit the Morrisons cafe, complete with an ice cream machine and a separate family area with a play-pen and two interactive screens to entertain children. However, Morrisons also knows this store is not just about families. To a certain degree, across its 25,000 SKUs, it has to be everything to everyone.

“The Morrisons shopper is every type of customer imaginable,” said Newton. Research showed Morrisons’ shoppers could be split into six types and Newton says it would be foolish to design a store based purely on one or two types. “All six types of customers will be visiting this Milton Keynes store. What we have to do in each store is pull different levers to adjust features, depending on which groups are the more dominant groups in the area. But we have to pick and choose - we can’t have every new idea in one shop, as shoppers will end up lost in the noise of experiment.”

Evidence of other types of shoppers includes the “Food to Go” section preceding all traditional counters round the outside of the store. This is to help the store target the many local office workers. “We brought in aspects of our convenience stores when designing this space so we could really get the emphasis on the ease of shop for those types of customers,” said Newton.

This means category mixing is a real priority for this store, with Morrisons’ first ever “dinners designed for you” stands in place. These stand-alone units have chilled, ambient and alcohol shelves to offer shoppers a full-meal suggestion, such as a Mexican-themed dinner.

Whilst Morrison’s first lab store, Weybridge in Surrey, was targeting Waitrose shoppers, this second store embodies Morrisons’ “core” offer, targeting mid-range incomes. So to put it bluntly, this store is far less twee than Weybridge, and clearly-identifiable promotions have trumped browsability as a priority. Average basket spend is expected to be in the high-20s.

However, the store still wants shoppers to feel like they have the Market Street experience- so even promotional, chilled meat is located at the meat counter- meaning shoppers seeking a bargain still have an interaction with the butcher.

Some features of the first lab store are back again- wide aisles and one large cross aisle break means shoppers have plenty of room. Newton says they again resisted the urge to fill all open spaces with promotional stands. Plenty of space was also given to high volume categories like dairy, which has most of back wall of the store to itself.

This new store was in the pipeline for three years, with building work taking 14 months. Two hours into opening day and the store is already packed. Over the coming months Morrisons will see how this new supermarket trades, given the Sainsbury’s located just yards away.

“The main way this store will compete with Sainsbury’s- beyond price- is convenience,” said Newton. “We’ve made it easier for shoppers to arrive, park and get through our aisles. Our other main strength will be the offer of Market Street.”

The next lab store will be in Birtley, due to open in April. This store will have the most “price sensitive” demographic.

If Morrisons is tailoring to demographics, I ask Newton, and if this approach is rolled out across the estate, could the supermarket end up with a two tier store model, a kind of north/south divide, between more twee stores like Weybridge and more promotion-heavy stores like Birtley?

“No we wouldn’t,” Newton says. “Yes, Birtley is a price sensitive area, so the range and merchandising will be dialled up to that- but the layout will have some commonality with Milton Keynes and Weybridge. Its café will have the same look.”

It’s worth mentioning that a lot of the features in the lab stores can already be found elsewhere in the Morrisons’ estate. For the last twelve months the retailer has been introducing new features to its stores, such as the new Market Street signage, as they are gradually revamped. However, it is only in the lab stores that so many new features are brought together under one roof, to create what Morrisons hope will be three default models to learn from.

Morrisons will evaluate learnings from its first two lab stores in February, using detailed customer insights from Weybridge and initial findings from Milton Keynes. The retailer then hopes to start transforming its estate based on lessons from the lab stores later this year.