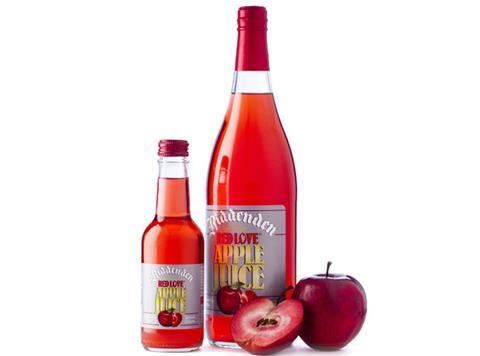 Rolling out from this week, the Red Love juice is available in one-litre and 250ml bottles, and the suppliers plan to launch a red cider next April.

It is produced using Red Love apples, which have red skin and flesh that naturally produced a ruby red juice, said AG Thames technical manager Francis Wheatley, adding that other red apple juices on the UK market tended to be coloured with ingredients such as beetroot.