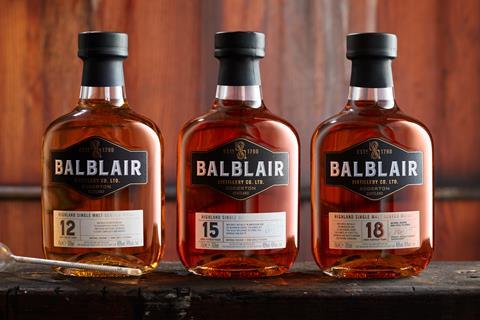 The move marks a shift away from Balblair’s current vintage-style approach to its drinks, by which it labels them according to the date they were distilled.

The new series ”as a whole stays true to Balblair’s house style, following a gentle and considered approach with its focus firmly on quality over quantity”, said Balblair.

The logo has been made larger and a new font has also been introduced “to create greater on-shelf brand visibility”.

The rebrand was ”intrinsically linked to our heritage and is testament to the place and the people behind our whisky”, added the brand’s master distiller John MacDonald.

The new whiskies will be available online and through specialist retailers.