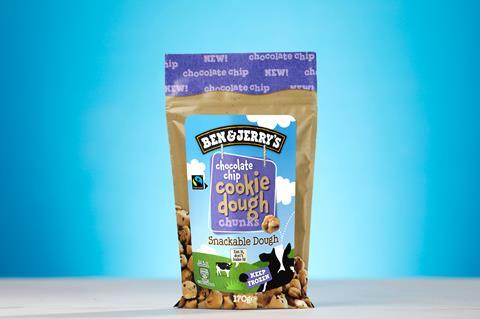 The Unilever-owned brand said ice cream fans had been “calling out and asking us to ‘free the chunks’” leading the brand to test the NPD in the US where it “flew off the shelves”.

The “snackable dough chunks” are the same “sticky, smooshy and instantly recognisable” recipe that is in the cookie dough ice cream.

Ben & Jerry’s said the chunks were safe to eat as they contain pasteurized eggs and heat-treated flour, compared to eating raw cookie dough with uncooked eggs and flour, which can be dangerous.