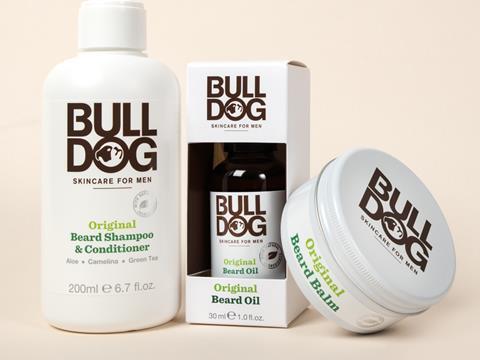 He claimed there was no shortage of men looking for such products, despite claims the beard trend had peaked some time ago.

Rolling into Boots this week, the trio is joined by Bulldog’s first dedicated shaving range, featuring four new products in formats including the brand’s first barbershop-style metal tube and an air-powered canister.

The shaving launch was in response to consumer demand, said Duffy. “Shave has been a small part of the Bulldog family since 2007, but men have been telling us they want more,” he added.