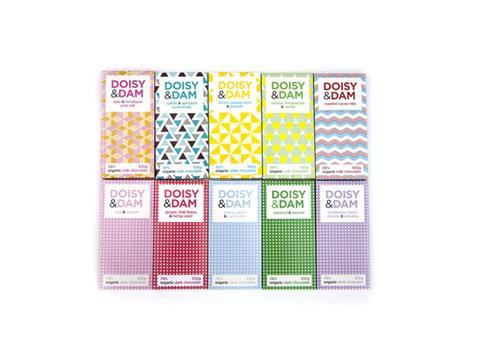 Norfolk based chocolatier Doisy & Dam is adding milk and white varieties to its range for the first time.

“We’ve been foodies for a long time, superfoodies for a little less time, but we wanted to create a product that had the nutritional benefits of natural, good foods and the delicious taste of an indulgent product,” said co-founder Edward Smith.

Doisy & Dam is listed in retailers including Ocado, Whole Foods and Planet Organic.