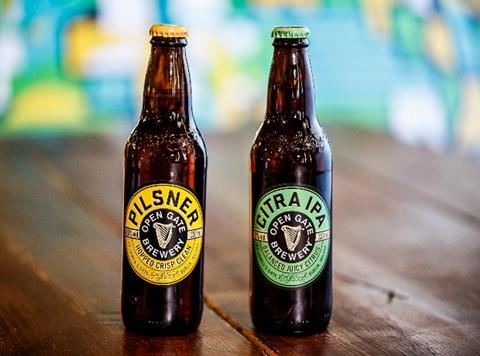 Available in Morrisons in bottled and can formats, the 5% abv Open Gate Citra IPA and 4.5% abv Open Gate Pilsner are designed to appeal to the 7.5m people in the UK who are ‘craft-inquisitive’, meaning they mainly drink mainstream beer but are interested in craft, said brand owner Diageo.

Both beverages are produced at the Open Gate Brewery at St James’s Gate, Dublin.

Lead brewer Peter Simpson said: “It’s no secret that many people are moving away from mainstream beers and seeking more flavoursome options - however this process can be daunting and that’s where our new Open Gate Brewery Citra IPA and Pilsner come in. Consumers won’t have to worry about quality or value issues because they know what they’re drinking has been released under the reliable and recognised Guinness brand.”