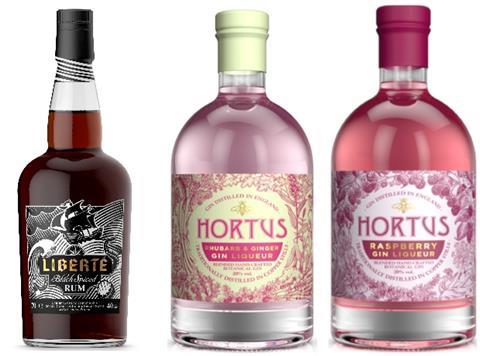 Lidl has unveiled two gin liqueurs under its Hortus brand and a new spiced rum ahead of Christmas.

Hortus Scottish Raspberry could be served on its own, over ice, or as part of a spritz with champagne, while Rhubarb & Ginger “goes brilliantly with an earthy ginger beer” and could replace a traditional tonic mixer, said spirits consultant Tristan Stephenson.

The duo would enable Lidl customers to “explore a whole new area of gin they may not have experienced before - one that goes beyond the standard gin and tonic”, added buying director Paul Gibson.

Lidl billed the Liberté rum, which has “deep notes of butterscotch and chocolate”, as a “considerably less expensive” alternative to premium rum brands that tend to cost upwards of £20.

It comes as Lidl increased its value sales of booze by 13.1% over the past year [Kantar Worldpanel 52 w/e 28 June].