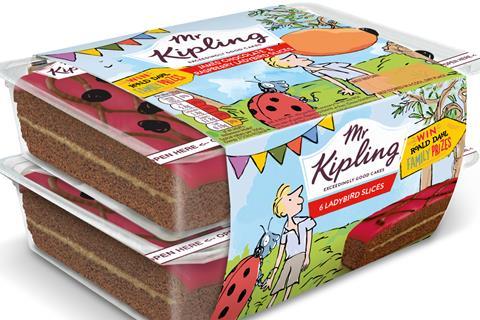 Mr Kipling has heralded the return of its limited edition Roald Dahl-themed range for a second outing – with new variants joining popular lines from last year.

Fantastic Mr Fox’s Apple Mini Batts and James’s Chocolate & Raspberry Ladybird Slices are rolling out now across grocery alongside George’s Marvellous Lemon & Raspberry Whirls and The BFG’s Strawbunkles & Cream Fancies – both of which made their debut in May 2018. 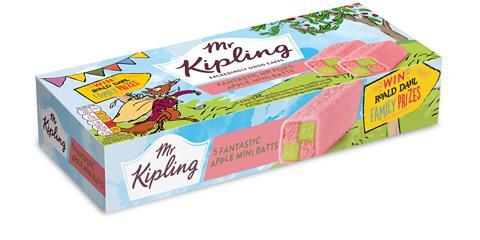 The launch is backed by an on-pack promotion offering the chance to win thousands of prizes, including Roald Dahl-inspired holidays, family days out and theatre trips.

The Mr Kipling cakes will be available until 3 September. They had returned after last year’s partnership between the Premier Foods brand and The Roald Dahl Story Company “was incredibly successful, driving £4m retail sales value and contributing to the category’s overall growth of 1.4% over the summer period” said Matthew Bird, Premier’s brand director for sweet treats.

“It’s a great partnership to be involved in, with two brands that highly value the importance of coming together as a family.”