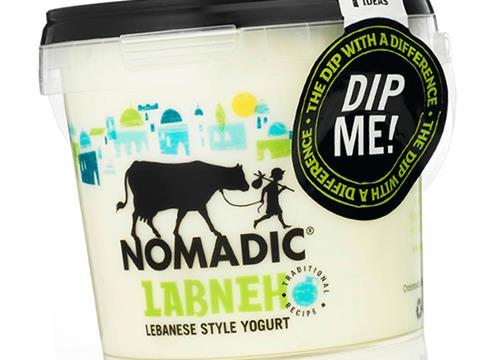 The Lebanese-style savoury yoghurt, which Nomadic has supplied to restaurants for over 25 years, launched in over 200 Tesco stores last week (rsp: £1.89).

Nomadic co-founder Alan Cunningham said the company decided to target retail after witnessing the rising popularity of Greek yoghurt. Labneh is even thicker than Greek yoghurt and has a distinct savoury flavour. “In the Middle East, labneh is eaten as a dip like houmous,” he said.

Cunningham claimed this was the first labneh to launch onto the mainstream retail market. The company is in discussions with other retailers.