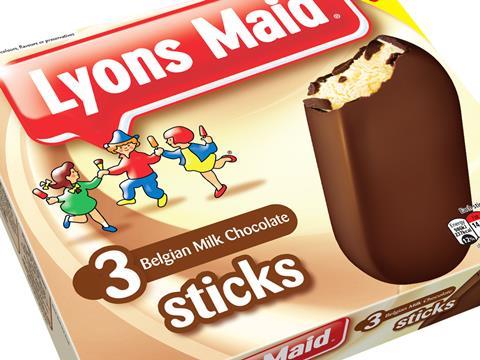 R&R Ice Cream is expand­ing Lyons Maid to offer a full range of price-marked alternatives to own label in take-home and impulse.

Targeted particularly at smaller convenience stores, the new take-home products will roll out next month and comprise one-litre and four-litre tubs, and packs of choc ices, cones, splits and stick formats. New impulse products to roll out in April include ice cream sticks and cones.

Products will be ­provided in branded ­outers to act as PoS for smaller c-stores.

“Currently, for small retailers the opportunity does not exist to compete with the value offered by own-brand labels,” said R&R marketing head Charlotte Hambling. “The range will create an opening for convenience outlets to be competitive with pricing.”

Many are priced in line or below current prices at the big-four supermarkets, according to BrandView.com data. Some supermarket lines are cheaper than Lyons Maid however, including two-litre tubs of standard ice cream, which are currently £1.83 on average at the big four.