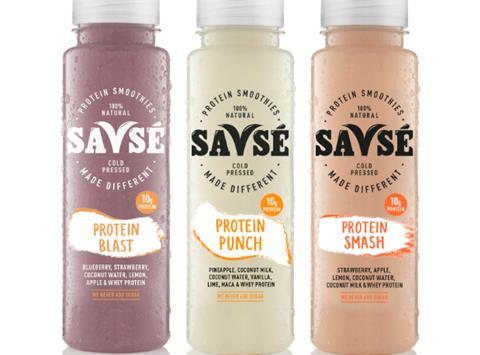 Punch, launched in 2015, is joined by Blast and Smash

Savse has announced two new protein variants that will join the existing Protein Punch to form what the soft drink brand claims is the first-ever HPP protein smoothie lineup.

Protein Punch was launched in June 2015 as part of the limited-edition ‘super juice’ range Get the Glow, the rest of which is no longer available - but Punch had remained “an important part” of the Savse portfolio, the brand said. The variant was a finalist in The Grocer New Product Awards 2016.

The new three-strong drinks range was a move away from “synthetic-tasting smoothies and powdery protein offerings” he said.