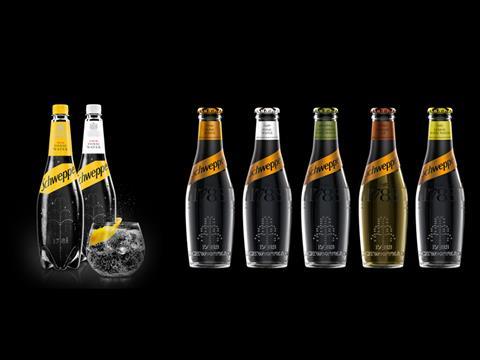 Schweppes is taking on premium mixer rivals like Fever-Tree with the launch of a posh range – as well as a fresh look for its core drinks backed by a £6.6m spend.

The new “distinguished” 1783 range was designed “to pair with premium spirits” and would compete against ”all premium mixers”, said Simon Harrison, marketing director at Schweppes owner Coca-Cola EU Partners.

”We’re not just competing against premium tonic waters,” he added. “We’re trying to create a new market by thinking of spirit combinations that are not traditionally mixed in the mainstream, like tequila, which is a new revenue stream.”

Golden Ginger Ale is set to roll out exclusively to the on-trade in a 200ml bottle, with other variants launching in the same format to the on-trade ahead of grocery, with an eye to full availability before Christmas. Aromatic Floral Tonic will be available in retail only in a 600ml bottle.

The launch of 1783 will be backed by a push including partnerships with spirits brands “so that we can bring it to life in-store” said Harrison. “We’ve agreed partnerships with everything from premium national brands through to local, regional distillers.”

Schweppes has also given its core range a makeover. A ‘skittle’-shaped bottle based on the brand’s original design will roll out from November across the brand’s 200ml glass and 1L PET bottles, as well as 6x150ml and 12x150ml multipacks.

Schweppes was “an iconic brand with rich history” said Harrison, but it had “not quite managed to evolve our packaging to keep up with the quality of the liquid that’s inside”.

The new packaging features the Schweppes yellow sash on its neck and the brand’s royal warrant. It would “provide a premium exterior” to the liquid, Harrison added. A “considerable amount of capital expenditure” had gone in to the rebirth.

The new look will be backed by a £6.6m marketing push including TV sponsorship of The Jonathan Ross Show, cinema, experiential, OOH and digital advertising.

It comes as Schweppes, despite dominating the UK mixer market with a 43.2% share [Nielsen 52 w/e 31 December 2016], faces up to mounting pressure from the growth of craft mixer brands such as Fever-Tree.