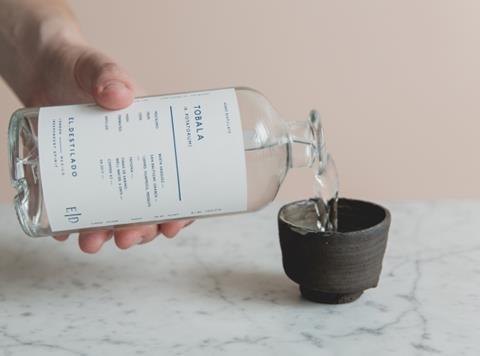 Spirits startup El Destilado is to make its debut with a 13-strong range of Mexican agave drinks.

The brainchild of Michael Sager and Marcis Dzelzainis of Hackney wine bar Sager & Wilde, and Alex Wolpert, founder of East London Liquor Company, El Destilado worked with a range of small independent Mexican producers to source its portfolio of drinks. It includes 11 agave and two sugar cane distillates, made in small batches of 70 to 420 bottles.

The agave distillates, although very similar to mezcal, cannot technically be called that because they are produced by mezcaleros who work outside the confines of Mexico’s Mezcal Regulatory Council.

As is the case with many drinks from specific global regions, such as Champagne or Scotch, the Mexican government imposes strict rules on producers who want to sell and market their drinks as mezcal.

A spokeswoman for El Destilado said opting to call the drinks agave distillates instead gave the producers more freedom to play with flavours and recipes. The sugar cane distillates, meanwhile, are essentially rums.

The range expressed “the distinctive space, history, time and environment in which they are created”, said the brand, with packaging that “avoids stereotypical cultural iconography” with “a minimal aesthetic that distinguishes it in the market”.

It will launch into The Whisky Exchange from December, as well as upmarket London retailer Clapton Craft, with more specialist listings to follow over coming months. Further bottlings will also be added down the line (rsp: £35-£120/500ml).