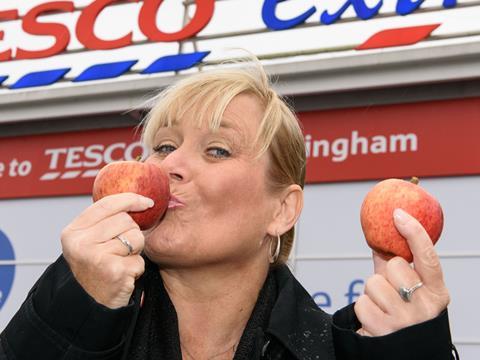 Tesco is launching a new apple variety produced exclusively for the retailer by a farm in Kent.

The Kentish Kiss has been grown by Avalon Produce, which already supplies Tesco with more than 20 different varieties of apples and pears. It was launched on 14 November at the Tesco Extra store in Gillingham, which ran a competition to name variety, and will be rolled out nationwide next year.

“John was instrumental in the planting programme at Friday Street Farm where 28,000 trees were planted two years ago. There is another 40,000 trees going in the ground this autumn,” he said.

“The apple was chosen, not just for its impeccable eating quality, looks and yield but also its storability.”