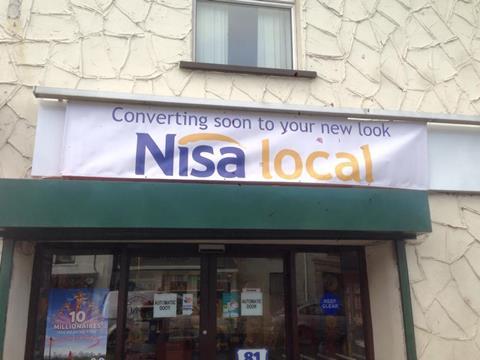 Walter and Gillian Millar, the longest-serving Costcutter retailers in Northern Ireland, have become the latest retailers to switch to Nisa.

The couple own a 2,000 sq ft store in Ahoghill, County Antrim, which had been trading under the Costcutter fascia for more than 25 years.

However, they have switched to Nisa following continued delivery and availability issues.

“We committed ourselves to give Costcutter a fair chance after having been with them for such a long time, but after 10 months of ­unfulfilled and broken promises, my wife and I found ourselves feeling more and more desolate and depressed,” said Walter Millar.

“From what I have seen from Nisa so far, it makes me wish we had signed over years ago.”

A Costcutter spokesman said: “Like every symbol group there is always movement in and out and we always regret losing any member, especially one who has been with us for so long.

“We appreciate there have been challenges and we have made significant progress in addressing these. Our focus remains ironing out the remaining challenges and bringing further value for our retailers.”