Ocado set to announce location of next customer fulfilment centre 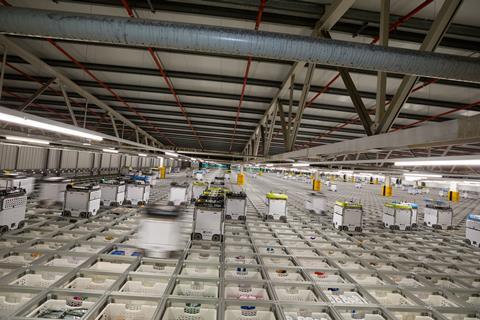 Ocado is weeks away from securing its next customer fulfilment centre and expects to confirm the location in July.

The online supermarket had been due to announce the location earlier in 2019 but the timescale was cast into doubt when its Andover facility was destroyed in a fire in February.

The plans are now back on course after only a slight delay, an Ocado source confirmed to The Grocer this week.

“We are planning to make an announcement about it with our first-half results on 9 July,” the source said. “The market is expecting a steer.”

The site would be operational by 2021, the source added. “We would ordinarily guide to around two years for a CFC to go live.”

It also led earlier this month to the exit of Morrisons from the 563,000 sq ft Erith CFC, where it shared capacity, to allow Ocado to return to expected growth levels.

Andover’s rebuild is anticipated to take two years, meaning Ocado will add two CFCs to its current operational network of three by 2021.

The business can already serve a claimed 74% of UK households.

“In central London they’ve gained traction more quickly than expected,” he said. “Ocado has about 12% of the online market, so quite a high number, but that’s mostly through London.

“So in terms of the London online market, the figure will be very high, and Ocado’s attitude is that it can almost conquer London.

“With online it’s all about brand awareness. In London you see a lot of Ocado vans around and a lot of people are obviously trying it. For them to try to conquer a different part of the country, it would require a bit more work to get the traction. I don’t see why they would want to set up in the West Midlands, for example.”