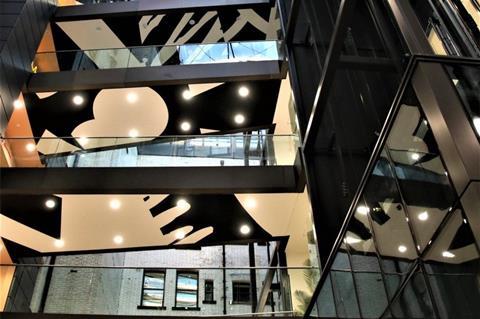 It is the e-commerce giant’s first corporate site in the north of England and is spread over six floors totalling 90,000 sq ft in the city’s Hanover Building.

“Manchester offers an incredible talent pool, a thriving hub of fast-growing UK tech startups, and is a centre of academic and intellectual excellence,” said Doug Gurr, Amazon UK country manager. ”We are already actively hiring from all a range of skillsets for our new Manchester office, so if you’ve always wanted to build the future, come build it with us.”

The new office, known within the company as MAN11, boosts Amazon’s presence in the north west, adding to fulfilment centres in Manchester Airport, Warrington and Bolton, as well as a sortation centre and three delivery stations in the region. Once filled, the office will bring the company’s permanent headcount in the region to more than 6,000.

Those working at the new site will get “industry-leading benefits” including private medical insurance and employee discounts.

Amazon today revealed it would establish a ‘Startup Garage’ in the city to support local fledgling businesses. Hosted at the new offices, startups will get direct access to the company’s cloud computing experts and “help in tackling technical and business challenges”. The garage will run through 2020.

Amazon said the opening of the new office was part of its “long-term commitment to the UK”. Since 2010, the company has invested more than £18bn in its UK operations and currently employs almost 30,000 people across the country, it said.