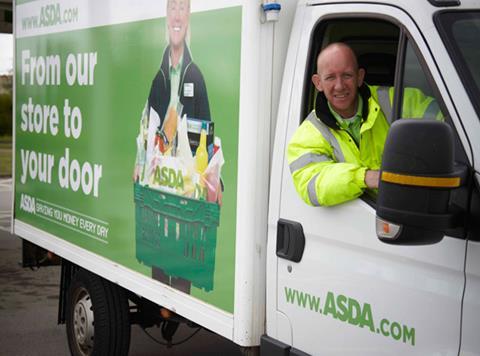 Asda’s online shopping sales are growing faster in Northern Ireland than in any other region of the UK, the retailer’s senior director in the province has revealed.

George Rankin was talking at an event in Belfast, where he presented the findings from the latest Asda NI Income Tracker for September.

Asda online shopping sales in Northern Ireland have grown 24.5% year on year. This is partly because Asda is a relative newcomer to home grocery shopping in Northern Ireland, first launching the service there in 2008. In the rest of the UK, it has offered home shopping for the best part of two decades.

But a spokesman for the retailer said strong online growth in Northern Ireland was also due to the province’s strong “car economy” and high fuel prices, which meant people were less willing to drive to stores.

The Income Tracker, meanwhile, shows Northern Ireland once again experienced the strongest year-on-year growth in discretionary income of all parts of the UK.

Household spending power in the province climbed 15.1% in the year to the third quarter of 2015 – down slightly from the 17% increase recorded in the second quarter.

Meanwhile, people in the UK overall had an extra £18 a week to spend in September compared with the same month last year – a 10.6% year-on-year increase. The average household’s weekly discretionary income climbed to £192 a week. Prices of essential items, such as food and drink fell 2.3%.

The Income Tracker showed all regions across the UK saw double-digit increases in household discretionary income over last year, ranging from a £12 increase in Scotland to a £24 increase in London.

London, the East and the South East, the three most prosperous regions, all moved further ahead of the country, with spending power up by more than £20 year on year.

“It’s interesting that people continue to spend differently, however, carrying their savvy shopping habits from the financial crisis with them and reprioritising their spending on treats and activities with their families, making the most out of their new found spare income.”