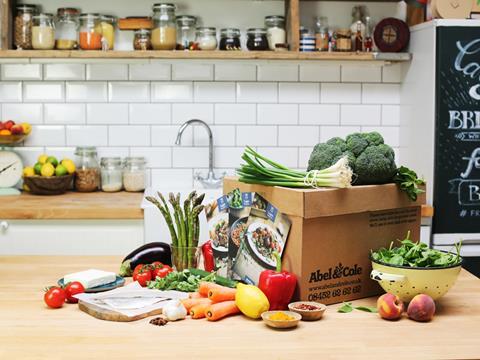 Spend on Hello Fresh, Gousto and Abel & Cole soared by 65% in the first half of 2016 compared with the same period last year, found Cardlytics, which collects transaction data from major banks including Bank of America and Santander.

Among the 13,000 recipe box users samples, there was a downward trend in other forms of food expenditure: their spend on groceries fell by 2.8% on the same time last year, and on eating out by 2.2%.

This marked a stark contrast with the 183,000 users of takeaway delivery services such as Deliveroo and Just Eat. Spend on these services also experienced a boom of 45% over the same period, but these users additionally spent more on other sources of food.

In fact, there was an increase of 9.2% in grocery spend and a boost of 12.3% in casual dining spend in the first half of 2016 among these customers compared with the same period last year.

“As new entrants invest heavily in strengthening on-demand propositions, it’s evident they are beginning to establish themselves as serious contenders to supermarkets and restaurants across the country,” he said. “This presents a huge opportunity, both for established food retailers and new entrants that recognise the importance of adapting to their customers’ habits to build loyalty.”