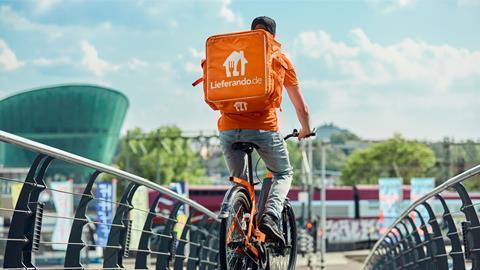 CMA interest in Just Eat's £5.9bn acquisition by Takeaway.com should not be a shock

After a monumental takeover battle that saw Takeaway.com’s £5.9bn bid for Just Eat accepted, sources were dismissive of the suggestion the Competition & Markets Authority might take an interest in the deal.

The two companies didn’t operate in the same regions, they said, and the acquisition was nothing like Amazon’s deal with Deliveroo – into which the CMA had launched an in-depth investigation the fortnight before.

So the CMA’s announcement that it will be investigating the Just Eat/Takeaway.com transaction will have come as a genuine shock to both companies.

It is understood there were some reassurances from the CMA it wouldn’t take such action – though it reserved the right to do so – when the possibility of combining the companies emerged last summer. The CMA “has reconsidered its position” Just Eat said in a statement today. Last night, Takeaway.com told the market the CMA intended “unexpectedly” to scrutinise the deal.

But is the authority’s investigation “shocking and clearly unwarranted”, as stated by investor Cat Rock Capital Management today?

Shocking? It shouldn’t be. By their own admission the deal between the two companies “creates the second-largest online food delivery company in the world”. Of course the CMA should be taking a look.

The authority’s action on Amazon’s multimillion-dollar acquisition of a minority shareholding in Deliveroo is a clear indication the food delivery space was of interest to it. Under pressure to curtail the so-called killer acquisition and wary of big tech giants more broadly, this latest deal fits the bill for further scrutiny.

The idea this was an eleventh hour intervention is also unfair. The CMA does not act pre-emptively, and would have had to wait for the deal to go through before taking any action.

Unwarranted? Perhaps. The authority will focus, in part, on whether Takeaway.com would have re-entered the UK market anyway, had it not struck the deal with Just Eat. Takeaway.com is already making its case.

“Takeaway.com’s UK business was unsuccessful and only had revenues of £76,000 in 2016, and an adjusted EBITDA loss of £768,000,” the Dutch company said in a statement yesterday. “It was closed in August 2016 as it was unable to successfully compete with other food delivery websites.”

Although in the same market, Takeaway.com/Just Eat is arguably a very different deal to Amazon/Deliveroo.

“Amazon has a large UK business with millions of customers that it could leverage to re-enter the UK online food delivery market and increase competition,” said Cat Rock founder Alex Captain. “Takeaway.com has no such UK presence, customer base, or brand name.”

Comparing the two deals was “patently absurd” he added.

The authority is nevertheless right to investigate. But it must be cautious. Although its ultimate aim is to protect consumers by ensuring competition within markets, the CMA’s recent moves do threaten to have the opposite effect.

With an investigation ongoing, Deliveroo has been forced to halt growth plans, and some investors are fearful it could quickly run out of cash without Amazon’s backing. What then for competition?

Deliveroo will likely be relieved one of its key competitors has been hobbled too, however temporarily. It is likely the Just Eat/Takeaway.com deal will be allowed to proceed by the CMA, but it’s rightly taking a close look first. Over-diligence is no bad thing.