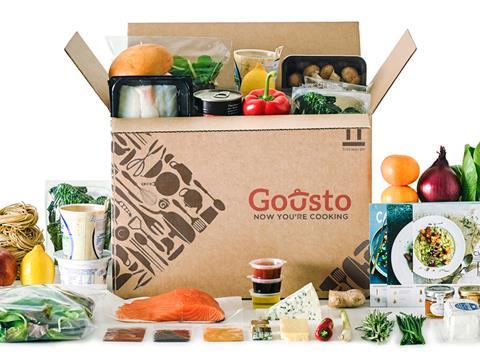 Gousto has scrapped a click and collect trial of its recipe boxes at the Co-op two months ahead of schedule, The Grocer has learned.

Customers were supposed to be able to collect boxes at 10 Brighton Co-op branches at a 20% cheaper than standard rate until December, when the results would be evaluated.

But Gousto has now scrapped the initiative, which began at the end of June, in favour of focusing on home delivery.

The revelation comes a day after CEO and founder Timo Boldt told the IGD Online & Digital Summit in London that meal boxes would not work in supermarkets.

“The fundamental issue is my supply chain is ridiculously short,” he said. “I go straight to the farm, I do just in time ordering, I focus on very narrow AI and IP forecast automation to get my waste rate to zero.

“Do I sacrifice all this to push meal deals into thousands of store?. I will have food waste and the whole point of saving you time to go to the supermarket in the first place is kind of gone. So I don’t think that’s a good strategy. I heard something that it is working a little bit better in the US than the UK. We’ve done some testing ourselves. I don’t think you’ll see us in supermarkets in the next few years.”

Boldt also suggested rival recipe box firm HelloFresh had pulled out of its deal with Sainsbury’s, claims which have since been strongly refuted by the company.

This week, there was only one HelloFresh Go kit available on the Sainsbury’s site – as opposed to three back in July – but the recipe box said this was due to “short-term supply issues” rather than a rethink of the partnership.

HelloFresh CEO Claire Davenport said: “We can confirm that nothing has changed in our relationship with Sainsbury’s. Quite the contrary, we are both fully committed to continuing this partnership. We are continuously improving the HelloFresh retail product based on the feedback from customers, who appreciate the convenience of a meal-kit they can pick up in-store.”