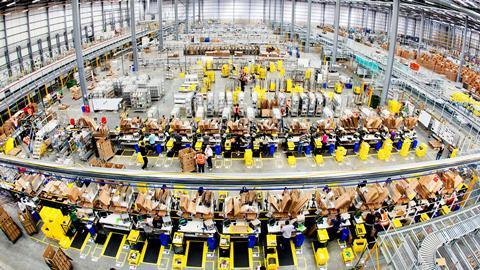 How regulators are trying to rein in e-commerce giants

Last week, Home Bargains became the thirteenth retailer to be policed by the GCA. Will Amazon be next?

With the addition of Home Bargains, the number of retailers governed by the Groceries Code Adjudicator rose to 13 last week, after revenues breached the £1bn threshold for inclusion.

But if Home Bargains is in, how is it that Amazon, which last week revealed 2018 UK revenues of £11bn, and Boots, with revenues of £6.8bn the same year, remains out?

As one expert on the Groceries Supply Code of Practice asked in the wake of the news: “Home Bargains are bigger than Amazon?”

Efforts by the Competition & Markets Authority to add the pair have so far failed. In November last year, a CMA assessment resulted in the inclusion of Ocado and B&M but not Amazon or Boots. At the time lawyers for Amazon argued it did not turn over more than £1bn from sales of groceries as defined under the code, The Grocer understands.

But the definition of ‘groceries’ contributes to apparent inconsistency between who is and isn’t included, argues Ged Futter, director of GSCOP, a company offering suppliers training on the code.

Is Amazon a threat to the wholesale sector, or does it offer an opportunity?

In assessing who it includes, the CMA is also reliant on revenue data from the retailer. And products could be included or not based on “internal classifications” and “interpretation” of the list, Futter argues. With Amazon, there are also third-party sellers. “Is that Amazon or not?” adds Futter.

Meanwhile, Home Bargains “has a very simple model”. “They won’t have a wide range of different classifications because they don’t need it.”

The solution is a more comprehensive list. “It would say, ‘toiletries, defined as… Household goods, defined as…’”

That would require new legislation, which could form part of the ongoing statutory review of the GCA’s role - but there’s nothing to indicate it will, says Futter.

However, stricter regulation could be on its way. Industry sources say talks have begun with the Department for Business, Energy and Industrial Strategy about a new ‘anti-trust model’ to regulate e-commerce giants, which The Grocer has learned could extend to dealings with suppliers.

It follows the government’s publication in March of an independent report that recommended establishing an expert unit to ‘support greater competition and consumer choice in digital markets, backed by new powers in legislation’.

In a video on Twitter this week, co-author and CMA lawyer Philip Marsden said the vision included “a code of conduct for large companies with what we call strategic market status, to get ahead of certain problems relating to exclusion, exploitation or self-preferencing, or other harms that could be happening”.

Addressing the digital giants, he added: “Take the responsibility that matches your greatness and add a code of conduct to show the world you’re acting fairly. If not, that will be applied to you without any consent by you at all.”

Of course, there’s no certainty government will act on the recommendations. But with talks between industry and government at least underway, his comments are likely to be welcomed by many suppliers.