How Walmart is using data to fill the digital 'black hole' 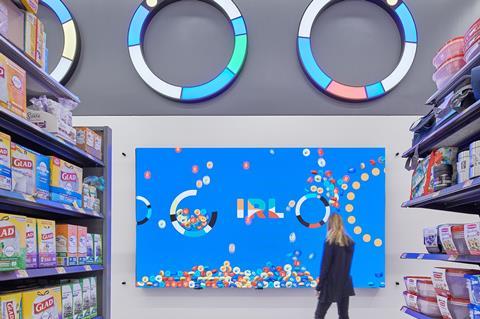 I have always believed you manage what you measure. I first discovered this through the ability to connect directly with customers during my time at Tesco. Clubcard gave the grocer the opportunity to be data-driven.

This was before the days where digital technologies connected places, things and, most importantly, people. Even so, 40% of sales after the first mailing were driven by Clubcard redemptions and bigger member baskets.

Just over a decade later, Facebook started out with fewer than 100 million users. Then Mark Zuckerberg appointed a ‘growth team’, whose role was to use data analysis in order to fuel user engagement.

The team prioritised data and engineering above everything. By 2012, Facebook reached one billion users. Today, it has almost 2.5 billion, and data analysis – as its users are now all too well aware – is its lifeblood.

With data as the common, differentiating denominator, both companies have prioritised engagement to better understand who their end customers are and what they may actually want from the services provided.

Nowadays it’s never been easier to incentivise customers to share their data. Those that do have the advantage of being able to behave like a pureplay, digital-first operator, as Walmart also knows too well.

Doug McMillion, CEO of the US grocery giant, told investors during a presentation in 2017 that Walmart was “going to look like more of an e-commerce company”. Now it’s looking to digitise its stores.

Late last month, Walmart opened its first Intelligent Retail Lab, built into one of its Neighbourhood Market stores in New York. The store is lined with cameras and sensors that generate 1.6 terabytes of data per second.

Having realised the power of data to know and understand customers, to market to them in more informed, relevant and differentiated ways, I appreciate Walmart’s plan.

The AI-enabled cameras and interactive displays of Walmart’s new lab aim to gain the same fine-grained visibility of customers and operations that have allowed the likes of Alibaba, Amazon and Asos to thrive online.

As these pureplays move offline, the grocer is aiming to get ahead and bring the same smarts available from customer-facing data-driven insights generated online into the physical world – at not a moment too soon.

I have long said that, while Google can connect you to people, places and things ‘near me’ via my mobile, that ability to connect and inform my shopping journey often ends at the retail store’s front door.

If the store is tantamount to a digital ‘black hole’, then Walmart is trying to shine a light into the store to close the loop on its view of customer activity, offline and online.

This also brilliantly encapsulates the fundamental challenge today, which is whether you can learn the digitally enabled and data-driven skills of Facebook, Google and Amazon faster than they can learn yours.

If the answer is yes, as Walmart’s Lab is looking to provide (if it can enhance its omnichannel offer), the future will be bright. If not, maybe not so much; which reminds me of the joke about the two guys chased by a lion.

One stops to put on his trainers, and his friend asks: “What are you doing that for? You’ll never outrun a lion!” To which his friend replies: “I don’t need to outrun the lion, I just have to outrun you!”