Innovating online is essential. But retailers mustn’t leave offline behind 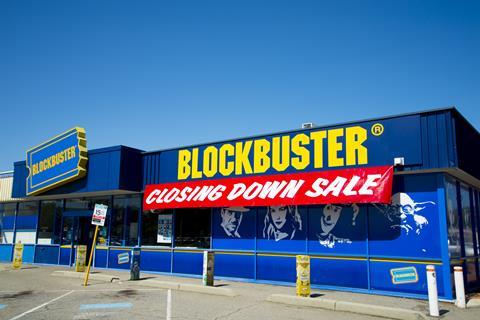 Margins in grocery and retail are thin and unlikely to grow in the foreseeable future – especially in light of new entrants moving into this space, from Amazon to Alibaba. Driven by technology, these e-commerce giants remove inefficiencies and legacy operations that most bricks and mortar retailers find difficult to shake off.

Ocado, meanwhile, knew it utilised better technology than its peers. What it lacked was the economies of scale that could enable efficient buying, or the coverage needed to grow. It would have been forever stuck at the size it was if it didn’t pivot. Its shift in focus towards its software offering and away from grocery is unsurprising. What Ocado recognised is that Amazon was moving into its space, bringing with it an equal or better level of technology and automation, as well as a pre-existing partnership with Morrisons on grocery delivery, on top of its purchase of Whole Foods.

In other words, it recognised what most of us tend to miss – that Amazon is a technology company first, a retailer second. It makes precious little margin on the retail side. Most of its profit stems from its cloud and web services offering. But as we see the emergence of Amazon as a top five logistics company in the US (along with USPS, UPS, FedEx and DHL), it looks like it will soon have the last mile sown up too.

This means bricks and mortar businesses will have an opportunity to respond, but they must finish the job.

Tesco has already introduced new in-store technologies for the benefit of its customers and company. The retailer uses RFID chips to track empty shelves that automatically reorder products, which reduces the need for manual stock-taking. It introduced self-service and self-scanning checkouts to increase the speed of service and reduce queues, in addition to launching a wallet app called ‘PayQwiq’, which makes it easier to pay at checkout and collect Tesco Points. The new tech has improved customer satisfaction, as goods are more readily available, making the shopping experience more convenient.

However, so many high street retailers innovate in a box, bringing technology to their online operations whilst leaving their high street presence to stagnate. The apocryphal tales of how Blockbuster failed to take on the DVD delivery services of Lovefilm and Netflix, and later the streaming services that have come to dominate the market, are incorrect. Blockbuster had built complete and fully functioning offerings for both ahead of its competitors, but it suffered from its flagship stores burying its online capabilities in a last-ditch attempt to save their souls. In the end, the inability to integrate its offline and online businesses as a single synergised whole was its downfall.

Not only can Ocado now help modernise the likes of M&S and Waitrose through Ocado Retail, its delivery business, but it can impact retailers’ operations on a grander scale through Ocado Solutions, its tech-powered logistics unit. Japan has already jumped on the bandwagon with Aeon, one of the biggest chains in the country, contracting Ocado to revolutionise its online capabilities. British chains are sure to follow. But if they don’t fully transform their businesses, they too will go the way of Blockbuster.