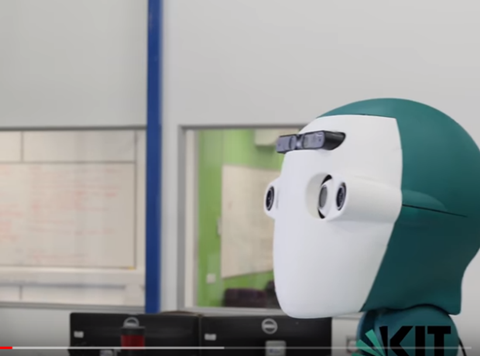 Ocado is applying artificial intelligence to spotting fraudulent payments and says the result has made the online retailer 15 times better at detection. The online supermarket is using machine learning - a branch of artificial intelligence in which computers learn from data - to spot clues with what it claims is far greater precision than humans can.

The system collects petabytes - millions of gigabytes - of data on how customers interact with the retailer’s website and stores them in Google Cloud.

Machine learning looks for correlations in the data between certain events and fraud. Because it can analyse data far more quickly than humans, it improves the precision of fraud detection by a factor of 15, according to Ocado.

As fraudsters change their behaviour, the system can spot new patterns more quickly and even predict future trends, the retailer said.

The new machine learning model will be rolled out to other retailers through the Ocado Smart software platform for online grocery sales, whose users include Morrisons.

A spokeswoman for Ocado Technology, the division of the online supermarket that developed the model, said: “Machines are fundamentally more capable of quickly detecting patterns compared to humans. Also, as fraudsters change their tactics, machines can learn the new patterns much quicker.

“Traditionally, fraud detection agents are employed to make judgement calls on whether they think a certain interaction is likely to be fraud or not. Decisions are based largely on intuition and can leave companies in a position of playing a cat-and-mouse game with fraudsters. For example, if fraud agents notice a correlation between baskets containing an unusually large order of alcohol and confirmed instances of fraud, they might then continue to look out for this trend in future.

“However, once fraudsters pick up on this, a new trend may start for, say, household goods, and so the game of catch-up continues.

“A machine learning model, on the other hand, can learn and adapt far quicker, evolving based on the current environment and even predicting future trends; the model can also look at many more factors than a human.”

James Donkin, general manager for the Ocado Smart Platform, said: “What’s difficult for humans to do is to spot the patterns manually, and it will pick up patterns that show, actually, these factors are important now, rather than the factors that were important a couple of years ago.”

He said the final decision to identify a transaction as potentially fraudulent would still be taken by humans, but the system would highlight ones to examine more closely.