Ocado on supplying the shielding: ‘We’ve done more than our share’ 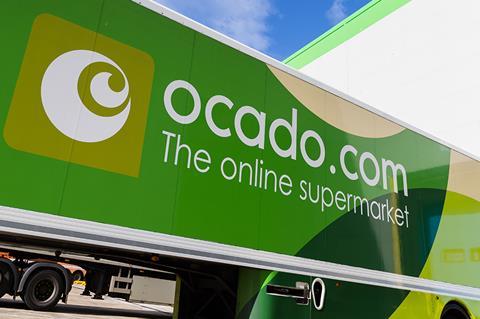 Speaking ahead of the company’s AGM on Wednesday, Duncan Tatton-Brown said Ocado was serving more people on the government’s shield list “than our proportionate share” of the grocery market.

Ocado has faced anger from customers deemed ‘extremely clinically vulnerable’ by the NHS who have been told not to leave the house for food because of the “very high risk of severe illness from coronavirus”.

After registering with government as in need of online food deliveries, some customers on the shield list have been told by Ocado they won’t be given priority access to slots because they aren’t long-standing or loyal enough customers.

“We can confirm that you are on the government’s shield list but we have not been able to identify you on our database as a regular Ocado customer. Unfortunately, this means we are unable to offer you priority access to Ocado.com,” correspondence to one Smart Pass carrying customer from Ocado stated.

“If you are unhappy with your Smart Pass scheme we can cancel and work out a refund for this,” the email added.

Tatton-Brown said Ocado had delivered to more than 150,000 “vulnerable homes” during the pandemic but didn’t specify if those were customers on the shield list.

“We are outperforming on that measure. We’re serving more than our share of the industry and we’re also encouraging our customers themselves to support the vulnerable that they know around them, their neighbours, and we know that that’s happening,” he said.

Supermarkets have been ramping up the number of delivery slots available throughout the crisis. Many of those additional slots are being offered to extremely vulnerable customers before other customers.

Tatton-Brown said Ocado was considerably smaller than many supermarkets and less able to ramp up the number of slots.

“If we entered this crisis with a 1.5% share of UK grocery market, don’t expect our number [of vulnerable people served] to be as big as Tesco’s,” he added.