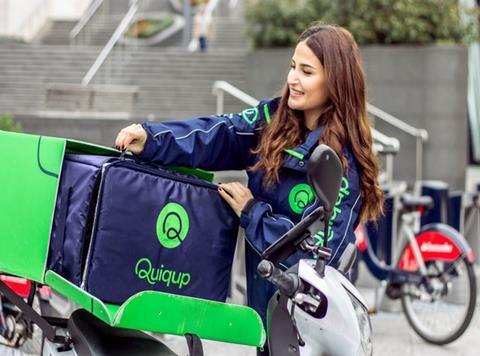 Quiqup, which began offering Whole Foods Market deliveries in June, said the deal was the first of its kind among fast food retailers in the UK.

Under the arrangement, Burger King customers will be able to use the company’s own site to order food, which will be delivered by Quiqup’s fleet of drivers in the London area.

“Burger King wanted to do delivery in its own way, they didn’t want a customer to use an outside website. This way, it is using its own website and creating its own user experience and when customers get to the checkout, Quiqup will deliver,” said Quiqup founder and CEO Bassel El Koussa.

El Koussa said he would now set his sights on grocery companies, having gained experience through the Whole Foods deal. He declined to reveal usage figures since the partnership began in June, but said they were “great”.

“Through Whole Foods we’ve developed technology which allows us to service this kind of retailer. We’ve built a solution that allows us to get an order and group items together depending on where they are in the store, which means the picker can get around the store more quickly,” said El Koussa.

“At the moment we’re focused on making the partnership work with Whole Foods,” he added. “But we see grocery at the forefront of what we’re looking to do and providing that service to a wider audience.”

Quiqup currently serves central London and pockets of outer London, but plans to expand to cover the entire M25 area and other UK cities in 2017.